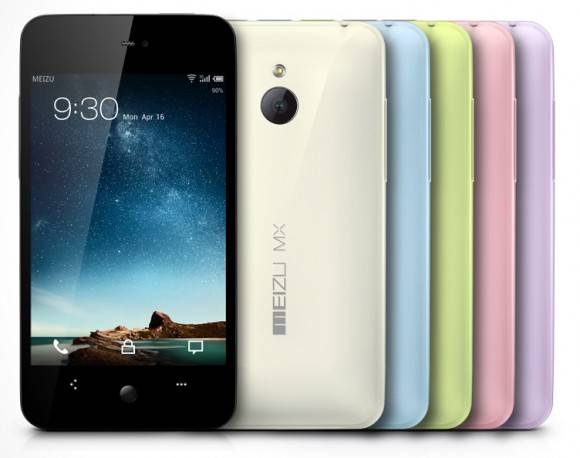 Meizu, the often-ridiculed but lately impressive Chinese manufacturer, has pulled the covers off its latest flagship. The Meizu MX Quad-core is an updated version of last year’s MX with, you guessed it, a quad-core processor. But the interesting thing isn’t that it’s coming out – there’s plenty of quad-core phones and tablets around – but which company’s providing the power. According to Meizu’s press release, the phone will be using a Samsung Exynos A9 processor. Could this be the very same quad-core chip that a Samsung executive hinted would show up in the Galaxy S III? We should find out soon enough.

Meizu is claiming that the new phone will have a 60% processor boost and a 50% GPU boost when compared with the current model. According to their DPI numbers the 4-inch screen will also have a higher resolution, but they haven’t given an official resolution yet. (The MX uses 960×560.) 32GB and 64GB capacities will be offered, and the 8MP camera gets a respectable F/2.2 lens. Meizu doesn’t so much skin Android as fork it, but their latest “Flyme OS” is based off of Android 4.0 Ice Cream Sandwich.

At the moment the phone is only going to be offered in Hong Kong and greater China, and given Meizu’s history with its flagship devices that’s unlikely to change. The 32GB phone will go for 2999 yuan (about $475 at current exchange rates) and the 64GB version will be 3999 yuan ($635). The standard phone will come with a black front and white battery cover, with five replaceable pastel options. The MX Quad-core is scheduled to go on sale in June, and the current MX has been immediately reduced to 2399 yuan.