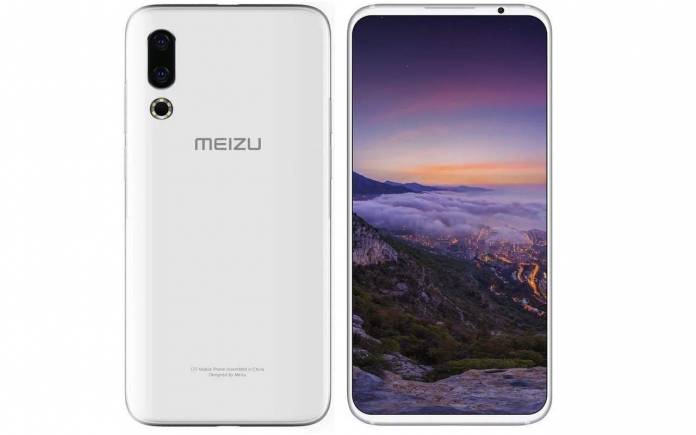 Meizu may have failed the public with the ZERO button-less phone but the brand is still alive. The supposedly button-less and port-less smartphone is a no-go. Apparently, it’s not real even after appearing on Indiegogo. The phone was teased and then made us excited about the possibility but it’s not a real product, or at least, not yet. The last phone from the Chinese OEM was the Meizu Note 9 that launched with a 48MP main camera and 20MP selfie shooter.

That was only five months after the Meizu Note 8 was announced with a 6-inch display and dual cameras. But before the Note 8, Meizu launched a few: the Meizu 16X, Meizu V8, and Meizu X8 as mid-range choices. We also remember the Meizu 16 and Meizu 16 Plus ready with slim bezels and under-display sensor.

Today, we’re seeing a render of the Meizu 16s. This phone may only be a render but we don’t doubt its existence. It’s only a matter of time before Meizu makes an official announcement.

The Meizu 16s is also believed to have hit TENAA as the Meizu M971Q. This means the device is almost ready for release in China. The new Meizu phone is set in white color, looking like a premium phone with a classic and sleek design. The top and chin are still obvious but thinner. The side bezels are very thin.

There will be a Sony IMX350 sensor for the selfie cam while the dual rear system will have the 48MP Sony IMX586 primary sensor and 20MP secondary sensor. The phone will run on a 3600mAh battery with 24W fast charging. It will be powered by Flyme OS based on Android 9 Pie OS.