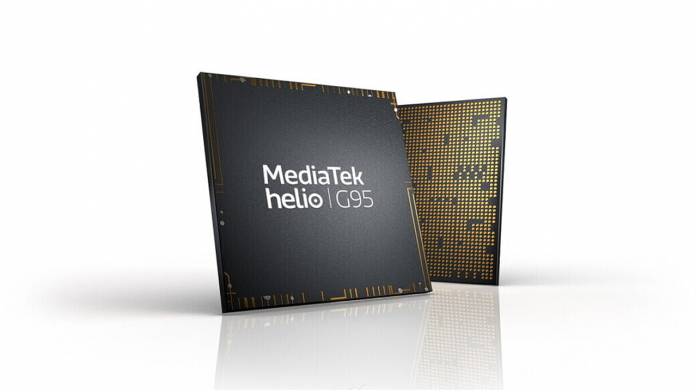 Having processing performance in mid-range phones is always good and most manufacturers want to dominate this segment of the market for the sheer gaming prospect. Qualcomm announced their Snapdragon732G mid-range processor the other day and now MediaTek has launched the Helio G95 SoC. Having very slight improvements over the Helio G90T processor launched in July 2019, this mid-range gaming processor is a good alternative to the market-dominating Qualcomm processors.

Helio G95 will debut with the upcoming Realme phones slated to launch in a couple of days and don’t be surprised to see it power many mid-rangers by the end of 2020. While there are no eye-popping improvements over its predecessor, the 4G gaming-centric chipset has a slight upgrading in performance – 5 percent CPU and 8 percent GPU gains courtesy two Cortex-A76 cores clocked at 2.05GHz, six Cortex-A55 efficient cores, and 900MHz GPU speed. 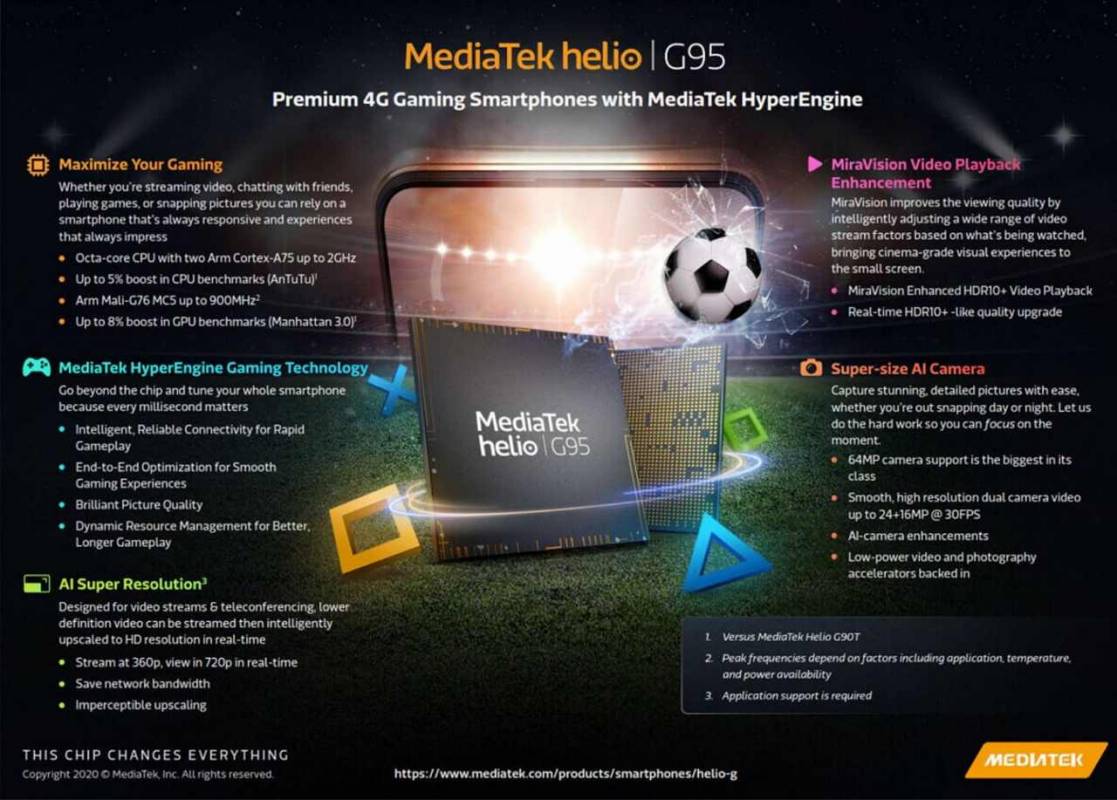 The supported hardware with the processor is now better than before, making it a good option for OEMs who want better performance in their devices at competitive pricing. Helio G95 will support 90Hz FHD+ displays, UFS 2.1 internal storage and 10GB LPDDR4x RAM clocked at 2133MHz. The chipset supports up to 64MP single camera sensor or 24MP and 16MP dual-camera module. It will also add support for pixel-binning, 240 fps slo-mo capture, and AI face detection.