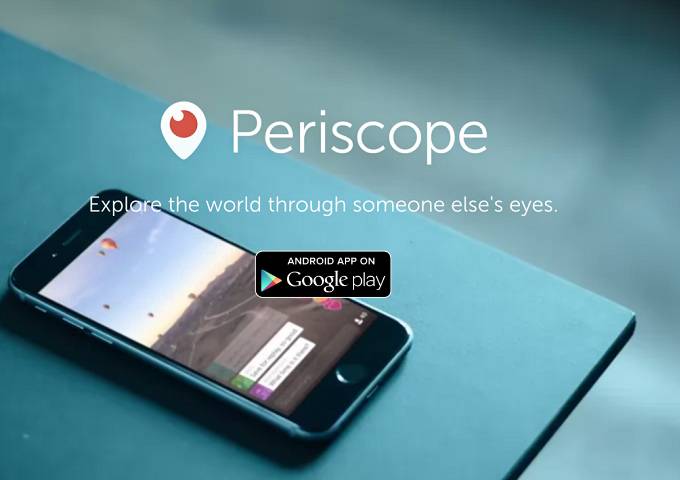 Months after it initially launched, on the iOS app obviously, the live broadcast app Periscope has now finally arrived on Android. Unlike their comeptitor Meerkat, which came to this platform stage by stage from testing to beta to full, they have released the fully functional (hopefully) version their first time around. Through the app, you can watch and record live broadcasts that you can share with the world or you can share only to those that you want to see your recorded event.

While Meerkat was first out the door, both in the market and on Android, some people still preferred Periscope when it finally came out. One of the reasons may be that Twitter acquired the company and now runs it and therefore they have a large marketing machinery behind it. Another factor probably is the fact that it has more features like you can watch a replay of the broadcast, unlike in Meerkat where once the show is over, you can’t go back and relive it.

The Android app also has a “return to broadcast” feature which allows users to catch up with the stream when they had to leave the broadcast for a while because of interruptions. It also has more control over the notifications both in what you’re watching, and in the way you want people to see your broadcast. It will suggest people to follow based on your Twitter profile and network. You can choose to follow or unfollow these people if you don’t want a notification every time they start a live broadcast.

You can download Periscope for free from the Google Play Store. But you can also try out Meerkat to be able to compare the two and then choose which one you’d rather use to live broadcast your concert experiences, your video tutorials, or whatever you would like the world (or just your friends) to see.