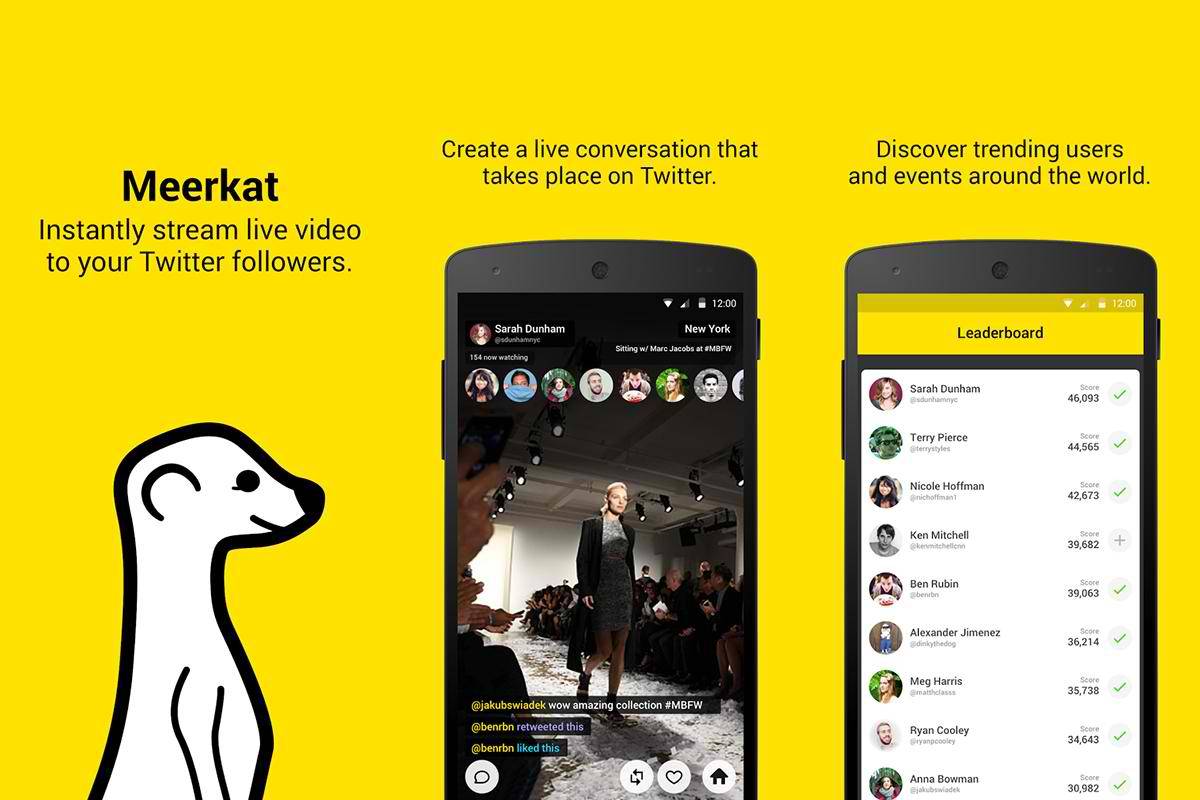 We still haven’t heard a peep from Twitter’s Periscope since they said they’re working on it (that was last month), but its arch rival Meerkat is several steps ahead of them in the Android market. Just a few hours ago, they announced that the live video streaming app is finally out of beta and is officially live on the Google Play Store. The developers have been pretty fast in moving the app from the testing stage to beta and out of it in just a span of a few weeks.

Meerkat made its debut back in mid-March at the South by Southwest Festival in Austin, introducing a new and easier way to share livestreaming videos to your networks. They asked Android beta testers to come in and sample their app a month later, and then just a few weeks after, they opened the beta version to the public just two weeks ago. Maybe they wanted to really capture this market before Periscope even makes their initial move.

If you’re not yet familiar with the service, it lets you share the live stream from your mobile phone to anyone who is interested in what you’re streaming, whether you’re at a concert and want the rest of the world to see and hear what you’re experiencing, or you want to share with everyone your best cooking hacks live. It also has a sort of ephemeral lifespan, as you cannot replay it and will only show live, although the video you’ve broadcasted will be saved on your device of course.

The number one rule on their page is that “Everything that happens on Meerkat happens on Twitter.” You can download the app for free from the Google Play Store. Your move, Periscope.