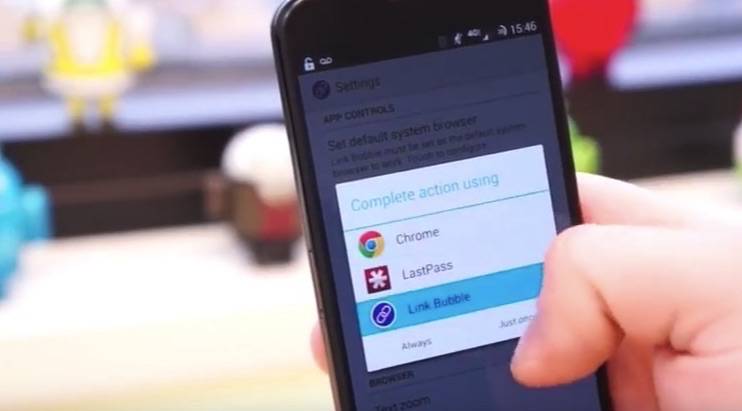 Link Bubble has been a quite a useful app since it was launched almost two years ago. It was a paid app but the indie developer once decided to offer it under a promo alongside an update. The app was soon acquired  and then went from premium to free after a weeks. We were clueless as to how that new owner will make use of the web browser and turn it into something more special.

The buyer of the app even went into stealth mode initially but we know now it’s owned by Brave, a new startup founded by Brendan Eich, a former executive at Mozilla. If you’re not familiar with the name, well, he was just the one who created JavaScript. That information alone means the Link Bubble is in good hands. It will be rebranded as “Brave”–a new browser by Eich.

Link Bubble is now open source but it will be known as Brave. Soon enough, the Android browser we’ve grown to love will be no more. Don’t worry, the rebranded Brave browser is expected to be even better and faster than Link Bubble and yes, even Firefox. The new web browser is still in beta phase but you can try the beta release and try it for yourself. You can sign up on Brave  and join other users who are beta testing the app.

Brave is said to change the landscape of phone ads and mobile marketing. Why, Brave has been working on a fix by changing the way ads are treated. We’re not sure how this will be done but there might be some ad blocking but a better solution would be a private cloud service with ads. It’s a new thing for mobile ads but we’re hoping this will make everything we see on our small screens relevant, timely, and just what you need.

Not much have been detailed about Brave but we’re hopeful that the beta version will be a successful before commercial release.