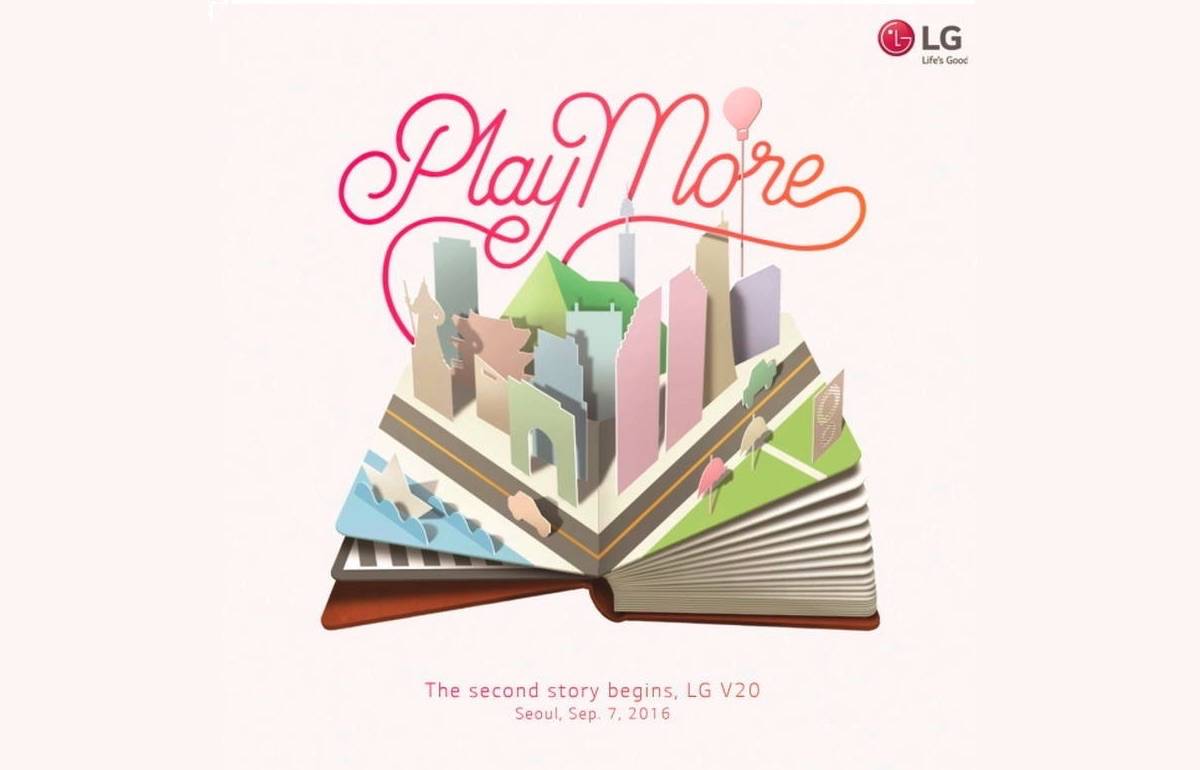 The LG V20 is coming. We’re sure of that even though we only have leaks and rumors to hold on to. August started with us learning that the V20 is believed to be the first non-Nexus Nougat device. A recent leak also showed us that the LG V20 might have a lower resolution display screen compared to the previous V10. That may be a bummer but totally understandable because some people don’t even notice the difference.

LG is currently gearing up for the V20’s arrival next month. In fact, the South Korean tech giant has sent out a ‘Save the Date’ notice. LG seems to be telling us that the next LG V smartphone will allow you and me to “Play more”. We’re guessing the LG V20 will be somewhat modular like the LG G5 which has the “Friends” to work and play with.

The image shows a pop-up book featuring a small city with buildings, vehicles, roads, and even some greeneries. The event will be held in Seoul, South Korea on September 7 and September 6 in San Francisco in North America.

Nothing is certain yet but we know the LG V20 will be another flagship smartphone powered by Qualcomm Snapdragon 820 or 821, 32 or 64GB internal storage, microSD card slot for memory expansion (maximum of 256GB), 3GB or 4GB RAM, and probably an 8MP selfie camera/20MP main camera setup.