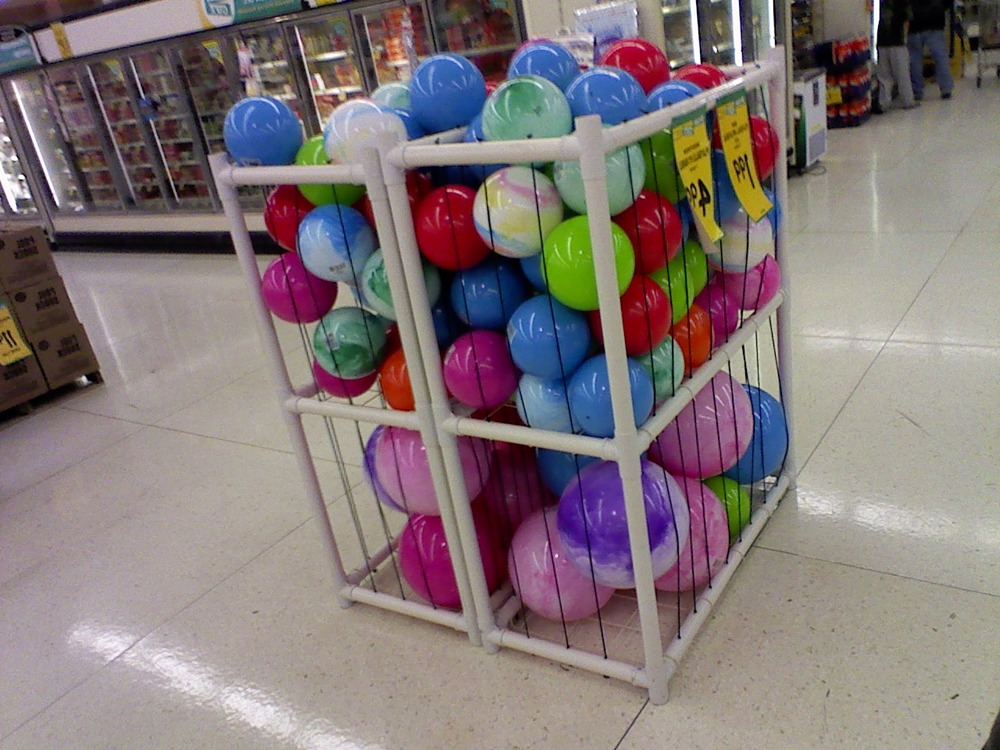 Welcome to the Revolution! This is LG’s newest effort for Verizon, the LG Revolution running on their 4G LTE network. This device features a 4.3-inch 480 x 800 pixel resolution TFT display and a single core Snapdragon MSM8655 1GHz processor, connecting with Bluetooth 3.0, WiFi 802.11 b/g/n, HDMI, DNLA, and it’s got Netflix! That this is one of the most important draws to the device makes us wary of it. But behold, this is an LG phone and we’ve been rolling out with some rather impressive LG phones as of late. The LG Optimus 3D and the T-Mobile G2x were pretty excellent, how does the LG Revolution add up?

The big question here is whether you’re going to want to select this device or one of the other Verizon LTE phones. Hands down, that’s the decision. Unless, on the other hand, you’re one of those weird folks who collects LG phones, in which case, here’s your next purchase! As for the rest of the world, is this device worth the cash – $249.99 and a two-year service plan? We shall see!

Hands-On and Unboxing of the LG Revolution

This device is a candybar design with a camera up the center of the back and a volume dongle on the right. Right next to the volume there’s a covered HDMI port. Along the bottom is one mic hole, another mic hole on the top of the back, and a miniUSB port along the left, again covered by a nice shiny piece of chome-looking plastic. Most of the device is soft plastic except for the metal strip along the middle of the back and a nice slab of what MIGHT be Gorilla Glass along the front. We’re still checking on this factoid. 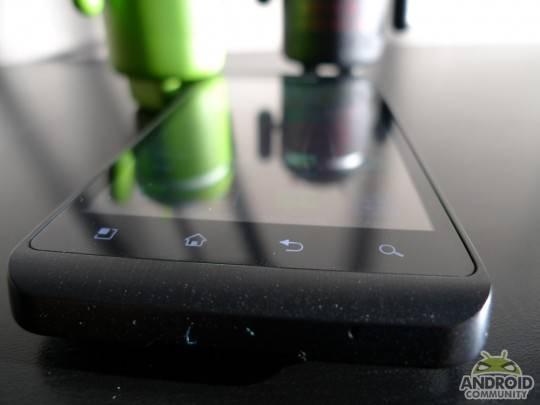 On the whole, this device has no stand-out physical features. It fits in the palm of your hand, the soft plastic along the back is nice to rub on your cheek, and the cameras on front and back are generally OK. Check below for some examples of photos and videos from both ends. The back does look rather nice, aesthetics get a plus on the battery cover. Brushed metal surrounds the display just like the LG Optimus 3D 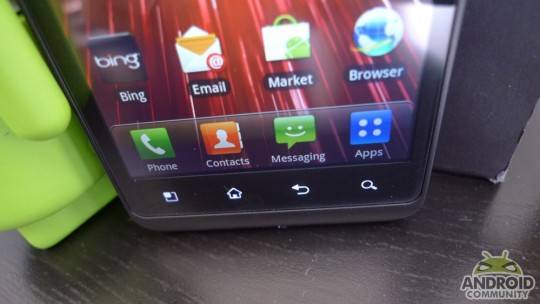 What you’re working with here is LG’s user interface, certainly one of the least-changed versions of Android you’re going to see out there as far as changes to the UI go. There’s a little red dot marking which homescreen you’re on, your lock screen is a lovely door that needs to be pulled up, and your apps drawer is separated by category. Other than that, it WOULD be essentially vanilla but LG has opted to go the Bing route. What this means is that instead of getting the standard set of Google apps that you love, you’ll have to download them from the app store – they’ll still be free, but if you’re used to certain things like Google Navigator being there for you, you’ll have that extra few clicks to deal with. Bing’s apps are… not our favorite, we shall say. They work alright, but Google’s setup is optimized for Android, so we love it best. 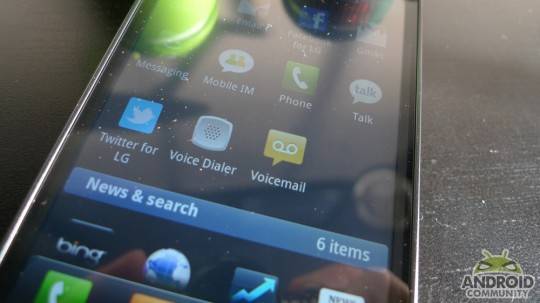 As far as amount of apps goes, there’s 48 shortcuts in your app drawer, the vast majority of them going to individual apps rather than being shortcuts to things like settings, and there ARE quite a few that you’ll more than likely never use. Netflix, Camera, Music, Gallery, Contacts, Phone, and a basic browser that we’d later replace with Firefox would be fine with me, but lo! We must make concessions for the Android Market.

Yes indeed, you can stream Netflix, and the Netflix app is starting to be pushed to several other platforms as we speak. Currently the results certainly do not appear to be the best. The result you see here isn’t connected to LTE, instead working through my very fast WiFi connection and the picture still appears to be rather ratty. Hopefully we see a vast improvement soon.

The camera setup here is a 1.3-megapixel camera on the front best used for video chat and a back-facing camera at 5-megapixels, capable of 720p video recording and placed at the center top of the back of the phone. Have a look below for examples of media collected with all the best settings: 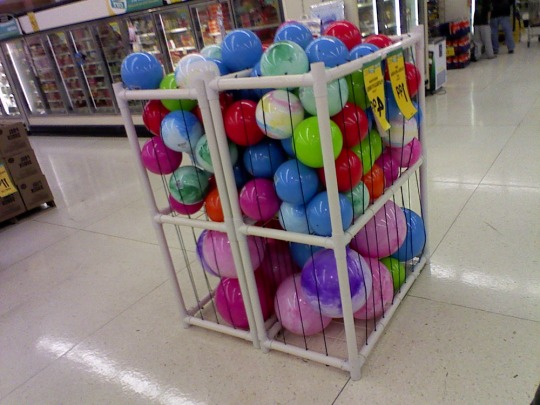 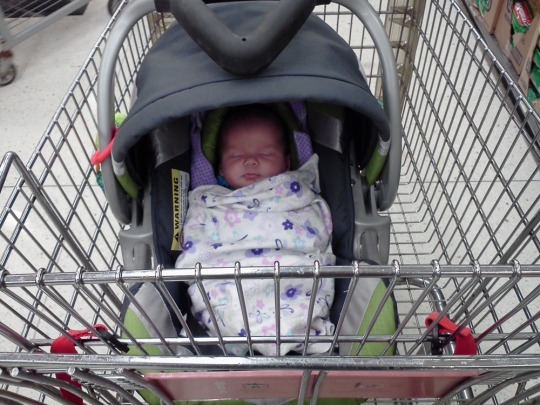 This device, like the general majority of the smartphone population out there today, is generously quick with the loading of apps and the flipping back and forth between screens. We’ve collected some benchmark scores for you below that should give you a generally OK idea of how well this device performs against the rest of the devices we’ve tested in the past. As always, we wish the device luck in it’s test taking, and do check to make sure it’s got plenty of sharpened pencils and a kneaded eraser. 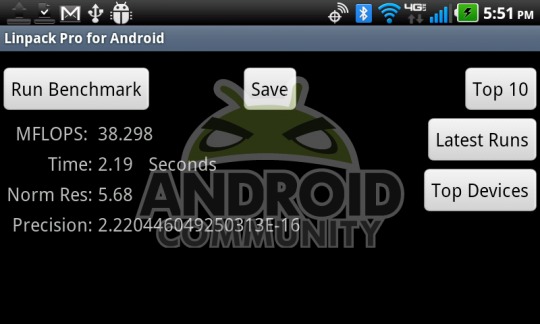 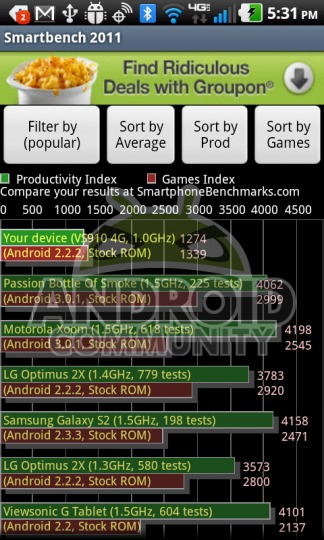 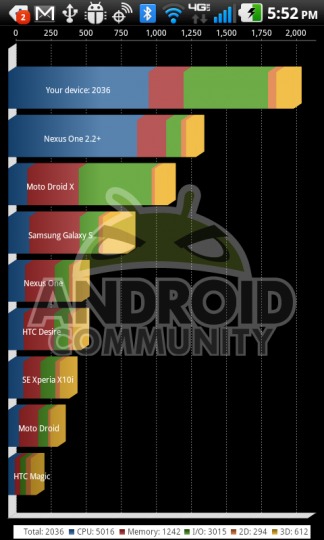 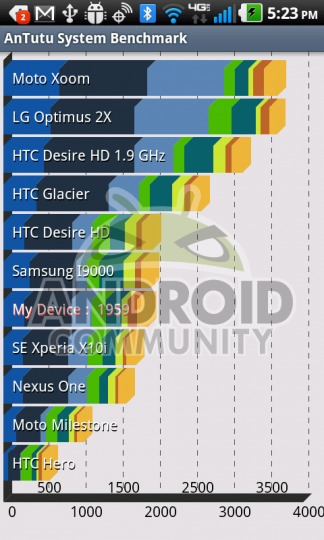 We’ve definitely got to put this device through an extended test for the 1500 mAh battery as it only really shows its true face after a while – not because the battery changes any significant amount over a short while, but because it’s important to test the real-world effects of carrying this thing around using LTE all over the place. As you know, we’ve had not the best results with LTE blasting the batteries out of the DROID Charge and the HTC ThunderBolt. Thus far it appears that we may well have a winner on our hands, having only had to charge it once each day (overnight) and the charge pumping the battery up to 100% in right around an hour’s time. 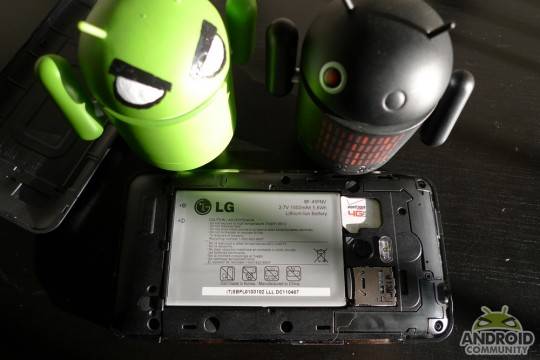 This device is the third device to offer 4G LTE connectivity, and it’s certainly comparable with the first two. This device weighs approximately the same as the first two, their displays are quite different, and their processors are extremely similar. We’ll have a 3-way battle between the three LTE devices out soon, but for now let’s just say that there’s really no clear winner. Instead you’ll more than likely be choosing between which bit of hardware you like the best, aka which one feels best in your hand, and which user interface you like best. LG doesn’t take too many far-off blows with Android’s basic setup other than the obvious Bing integration rather than straight-up Google. 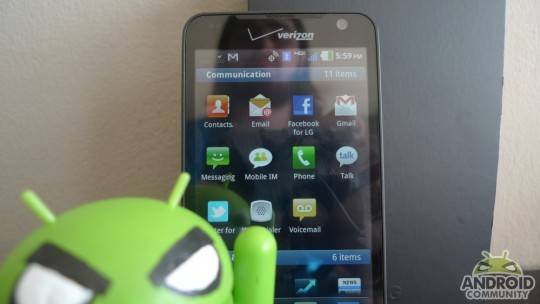 The device itself is rather non-fantastic, looking like a basic candybar with a lovely and very fashionable metal strip along the back. This is LG’s new aesthetic tie between their devices, and I’ve said it before and I’ll say it again: it’s classy. The camera is fine, not the best, the front-facing camera is basically strictly for video chat, and all of your insides move as speedily as an average user should want, (the device is not as powerful as a dual-core phone like the LG G2x,) and everything you want to do outside playing the most high-powered games on the market should work out fine for you, you everyperson Android user. 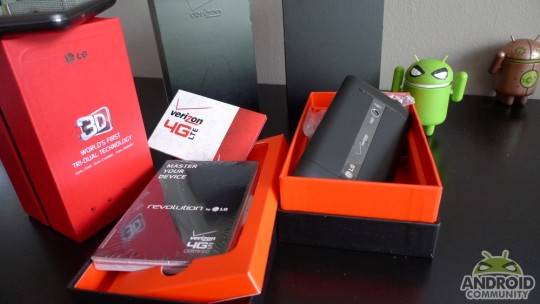 Now as for your hardcore early-adopters: beware. You’re going to walk in to this phone expecting something, (like Netflix with LTE,) and you’ll very possibly be surprised how you’re let down by the whole situation. Certainly this device does connect over LTE, and it’s speedy with both the downloads and the uploads, but the device doesn’t seem to have a significant amount of benefits over the HTC ThunderBolt or the DROID Charge. On the other hand, if you see this device first, you’ll more than likely love this device the best. If you see one of the others first, you’ll more than likely love that one the best. Any way you look at it, Verizon wins.