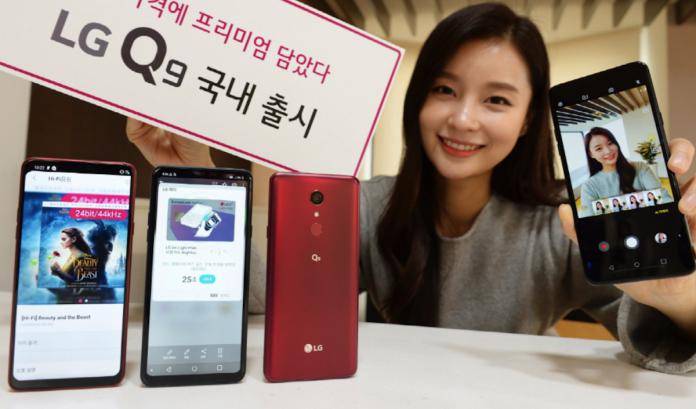 Up until today, we’ve only had image renders and leaked specs of the LG Q9 phone. We learned about the device since September when it was first noted to have a Snapdragon 660 processor and an 18:9 display. More photos surfaced online and we noted it looks a lot like the LG G7 Fit. The other South Korean tech giant has just made known its plans the LG G9 will be out this week. The mid-range device is lauching with LG Pay and AI camera.

It’s a mid-range smartphone alright but the specs are almost premium with a large 6.1-inch QHD display, 19.5:9 ratio, 1000 nits brightness, 8MP front-facing camera, 16MP main camera, and a 3000mAh battery. As with most LG devices, this one offers Hi-Fi Quad DAC audio and a powerful bass.

The LG Q9 appears premium but it’s ready for tough everyday use with its MIL-STD 810G rating. This means it passes the US military standard which means it can withstand the test of time. You won’t have to worry about dust and water seeping inside with the IP68 rating.

The LG Q smartphone features a stain- and fingerprint-resistant tempered glass. It is described as the thinnest LG Q Android phone to date at only 7.9mm hin.