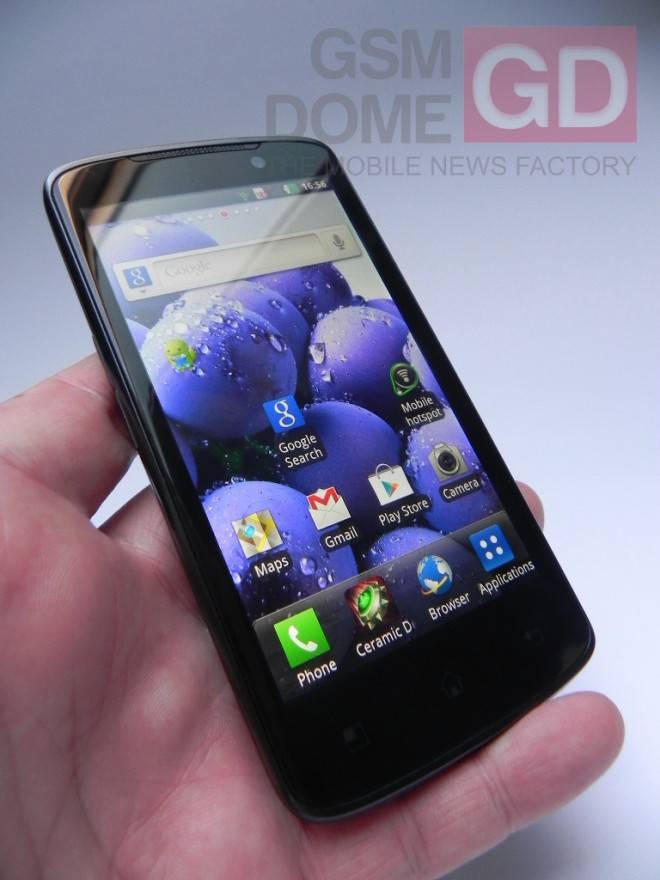 The Optimus LTE is LG’s flagship phone, at least until the Optimus 4X HD arrives. That being the case, it’s strange that it’s only available in four countries: LG’s home turf South Korea, neighbor Japan, plus Canada and the United States (as the Nitro HD and Spectrum on AT&T and Verizon, respectively). GSM Dome got their hands on a familiar looking model, the Optimus LTE P936, that appears to be identical to the international version except for branding. The new model is obviously headed somewhere, though there’s no indication of where that might be.

The specifications of the P936 seem to match its less mysterious counterparts: 4.5-inch 720p IPS screen, 1.5Ghz dual-core processor, 8 megapixel camera, et cetera. Other details like storage space aren’t mentioned, but are probably the same as the Optimus LTE models we’ve already seen at 4GB plus whatever you want to add with MicroSD. The Quadrant benchmarks are right in line with our own tests on the Nitro HD and Spectrum, so presumably it’s running with the same 1GB of memory and LG’s modified version of Gingerbread.

There’s no branding on the phone, so it’s unlikely that it’s headed for an American or Canadian carrier. That leaves the few markets outside of the US, South Korea and Japan to feature LTE wireless. There’s always the unlocked option and a few regional networks in Europe have added the capability, but my money’s on Australia, where both Telstra and Optus are both well on their way to populating their most crucial markets with LTE. There’s no official confirmation from LG on the Optimus LTE variant, so we’ll just have to wait and see.