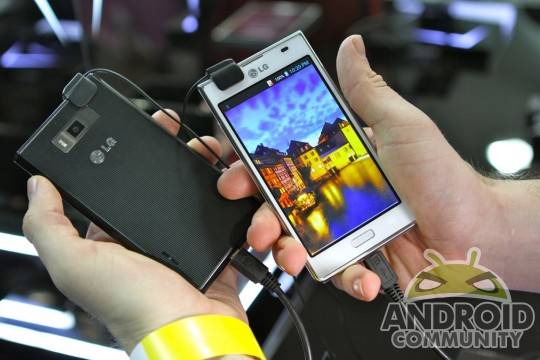 We saw the entire new LG Optimus L-series at this year’s Mobile World Congress, and even had some hands-on time with each of the three. Rogers has confirmed that the Optimus L7 will be part of its ‘Smartphone Lite’ category. In case you aren’t familiar with their Smartphone Lite package, it’s tuned for people that use the data features on their phone sparingly. There still isn’t any information regarding when it will launch or its price, but at least we know it’s coming.

Of the three L-series devices, the L7 had the best specifications. It sports a 4.3″ display, 1GHz single-core processor, and Android 2.3. However, we will see Android 4.0 on each of the three devices in Q2 of this year. Devices in Rogers Smartphone Lite are accustomed to sub-par specs, so the L7 will offer a decent option for those shopping in that category.

It’s much to early to tell if the device will offer decent battery life, but it’s slated to ship with a 1500 mAh battery. For a 4.3″ display and single core processor, it seems like it won’t come close to other phones just hitting the market. Nevertheless, it does look stylish, so hopefully we’ll get one of these in for a review in the near future for further testing.