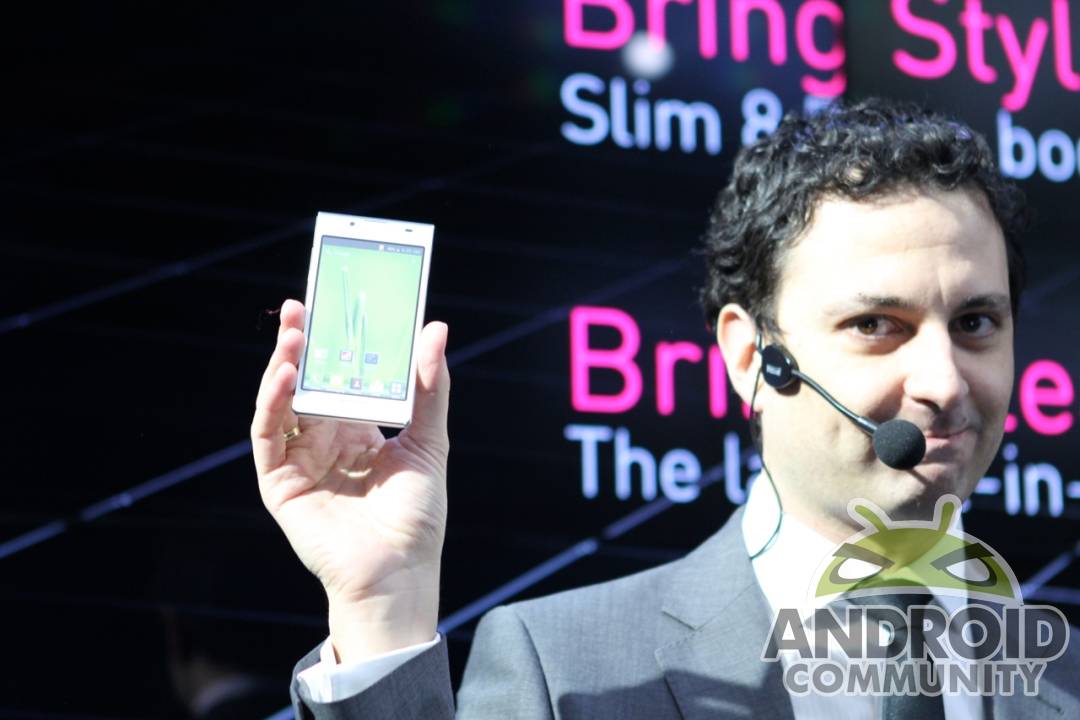 It’s not all specifications and benchmarks – sometimes you’ve got to throw a little style into the mix. Such is the case with LG’s L-series, the Optimus L3, L5 and L7. These phones take their stylistic cues from the collaboration between LG and Prada, and it shows – their deem, glossy black and angular corners scream “fashion phone” more than any other current Android competitor. But can they hold their own as, well, phones? Read our hands-on form Barcelona to find out.

All three phones feature roughly equal shapes: a hard rectangle with a slightly beveled back ,and a center home button flanked by capacitive buttons, Samsung-style. Starting on the low end, the L3 is the baby of the family, with its 3.2-inch screen running LG’s current Gingerbread build (and given their attitude towards low-end phones so far, it’s likely to stay that way). The L3’s phone is recessed behind its glass casing, giving a presentation that’s not quite as impressive as its bigger brothers. 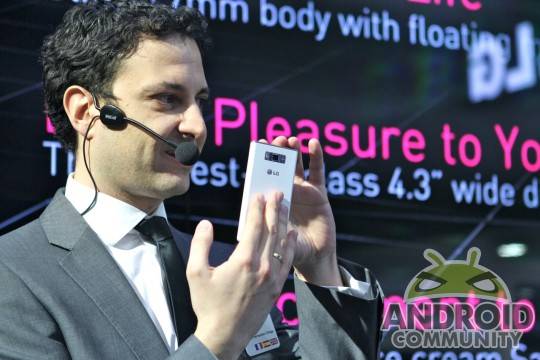 Stepping up to the L5, you get a 4-inch screen and Ice Cream Sandwich running at launch, though it’s still got a lighter LG custom interface. Sharp edges are still present, but thanks to a larger body the phone is easier to keep a hold of. The processor runs at a pokey 800mhz on its single core,  abd you can certainly tell from the response in the interface. The back has a slightly rubberized texture from the soft plastic, and we saw it in both black and white flavors. 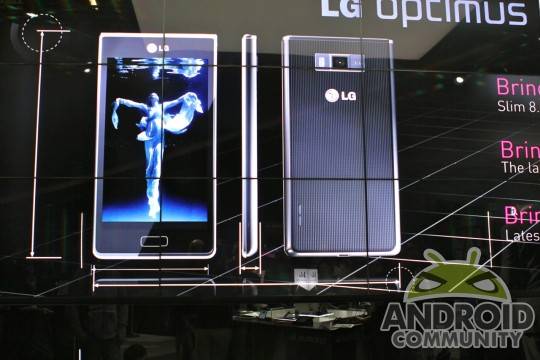 The L7 is the big daddy of the three, with a 4.3-inch screen to make it match the median of Android phones sold today. It gets a full 1GHz processor, though it’s still single core, and Ice Cream Sandwich when it launches sometime in Q2. The battery is at the low end of 4.3-inch devices at 1500mAh. The back has a unique texute that accents an 8.7mm thin body – not the slimmest we’ve ever seen, but attractively proportioned to be sure.

All three phones should be hitting Korea sometime this summer, with international releases to follow. Americans can expect to see revised versions on local carriers, as it’s unlikely that any single provider will pick up the entire line. For more breaking news, keep that MWC 2012 portal tab open.