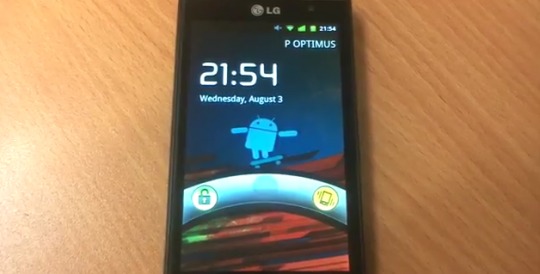 In what developers are calling “Almost CyanogenMod” the LG Optimus 3D has just received the first alpha build for CM7. Available right now for users to flash and enjoy all the treats that the developers of CyanogenMod bring to our devices. The Optimus 3D is also known as the AT&T LG Thrill 4G and this should work across both device models.

The developers from CyanogenMod have been keeping up with most of the popular devices as of late, as long as the bootloaders aren’t completely locked down. We’ve seen development for the glasses-free LG Optimus a few times in the past as well as a teaser video shown here. As usual with any alpha build this is not yet complete, there may be issues or things not fully working, but it should be completely stable enough for daily use.

According to RootzWiki the CM7 build for the O3D seems stable but HDMI is broken, capturing images in 3D still has a few quirks that need worked out, and wireless tethering has a few problems too. These are expected to be fixed shortly as most things do in the world of CyanogenMod.

Teaser video of CM7 on the Optimus 3D

If you’d like continued news and updates, or would like to thank the developer working hard on the Optimus 3D feel free to head over to Google+ and say hello and give thanks to Ricardo Cerqueira (aka CM_arcee). For those like me that love all things CM7, you should also check out CyanogenMod booting on the DROID Bionic. Give this alpha build of CM7 for the Optimus 3D a try and leave any thoughts or suggestions in the comment section below. More details are available at RootzWiki.