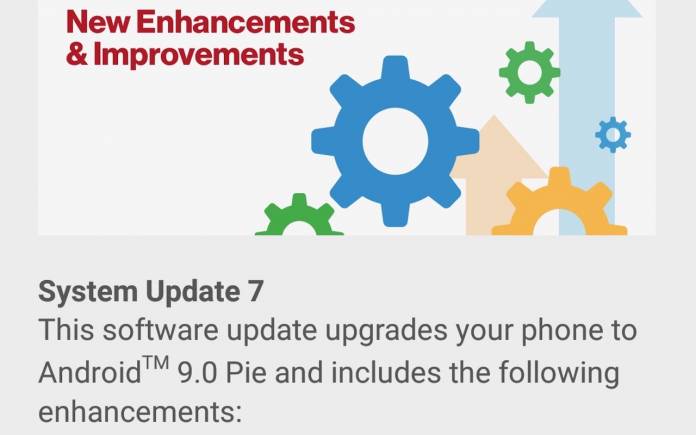 The LG G7 ThinQ is due for another update. The phone has been out for over a year now. It arrived with a special Google Assistant button, Super Bright Display, built-in Boombox Speaker, and AR stickers. The device hit DxOmark with decent scores but unfortunately, there is the bootloop issue which LG acknowledged and fixed. Before 2018 ended, it was announced Android 9 Pie OS would be rolling out. The system update is now available with new enhancements and improvements. The Android 9.0 Pie version delivers new navigation features, app actions, and Cine shot among others.

The Android Pie’s App Actions allows Google to predict future actions based on your previous preferences and behaviors. This feature lets you get to the next task faster than before.

Android 9.0 also adds new navigation features so you can easily switch between apps by gestures. The act of clicking on buttons is reduced. Swipe up, left, or right to see different views like full-screen previews or navigate between them. 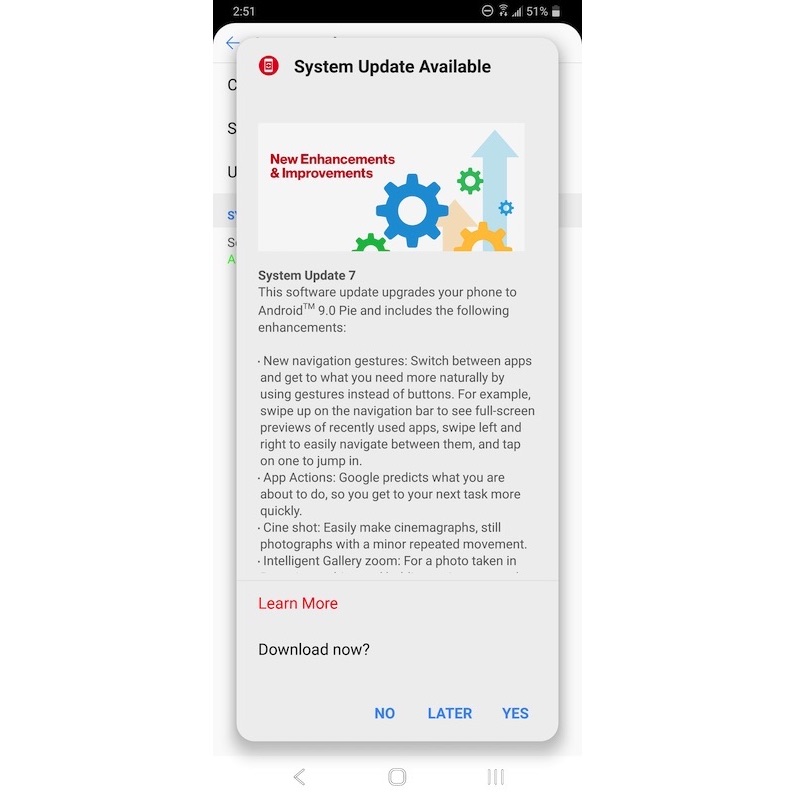 Note that this update is for Verizon LG G7 ThinQ phone owners. The same software version will also be available from T-Mobile for the LG phone but the carrier is still working on it. Even the LG V35 ThinQ is getting a slice of Pie soon.

This Android 9 Pie update will also deliver the usual Android 9.0 upgrades and features like Adaptive Battery, better notification handling, and Digital Wellbeing. The software update is said to bring major upgrades and enhancements to the LG phone.

The LG G8 ThinQ runs on Android 9 Pie out of the box. The same features running on the G8 can now be available on the LG G7 ThinQ with this OS update.