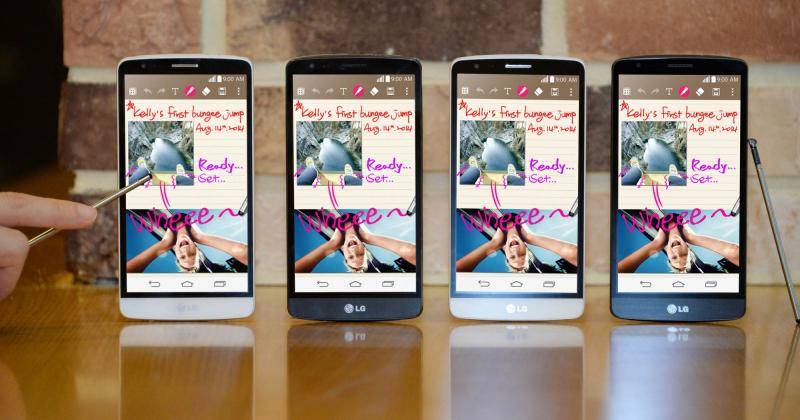 With just a week to go before IFA 2014, LG has surprisingly let the cat out of the bag and announced the LG G3 Stylus ahead of its expected September debut. Sadly, it seems that many of the rumored specs for this surprise newcomer were quite spot on except for one or two details, revealing a stylus-bearing smartphone that is in no way a competitor to Samsung’s Galaxy Note line.

Capitalizing on the success of the G3, LG has announced several variants with the same name that focused on bringing the new design and some software features to a less expensive tier, with the mid-range G3 Beat (G3 S in Europe) and the G3 A in Korea, which is practically the LG G2 in G3 clothing. To that end, the G3 Stylus is similarly a budget-friendly incarnation with rather mediocre specs. The only difference, it comes with a stylus and has a large but quite dismal screen.

Let’s lay out all the specs. There is a 1.3 GHz quad-core processor, higher than that of the G3 Beat, and 1 GB of RAM with 8 GB reserved for internal storage. The display spans 5.5-inches, not as large as earlier leaked, but confirmed to sport a qHD resolution of 960×540. On a smaller sized smartphone that might not be much of a drawback. But for something as large as the LG G3 itself, that is bound to be a liability. Surprisingly, there is a 13 megapixel rear camera like the G3 but without the new Laser Autofocus system. The front camera, on the other hand, is 1.3 megapixels like the G3 Beat. The battery on this thing is 3,000 mAh similar to the G3. 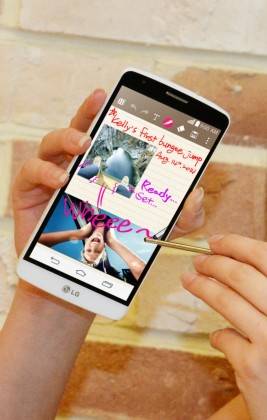 Of course, the highlight of the G3 Stylus, as its name implies, is the stylus. Unfortunately, even that will disappoint. It doesn’t have a pressure-sensitive active digitizer like Samsung’s equivalent, nor something like NVIDIA’s DirectStylus, or even something gimmicky like Qualcomm’s ultrasonic writer. Instead, you have what LG calls its patented Rubberdium stylus, basically the same capacitive rubberized stump you get in third party accessories, except the G3 Stylus comes with one by default and has a silo to tuck it in. That said, very creative folks have been known to produce masterpieces with such pens, so we won’t be quick to belittle it. At least not too much. With the stylus, LG’s QuickMemo apps become even more relevant and its large screen makes a perfect canvas for the Dual Window feature. Of course, there’s also Knock Code, Smart Keyboard, and that selfie-friendly Gesture Shot to round up the smartphone’s special features. 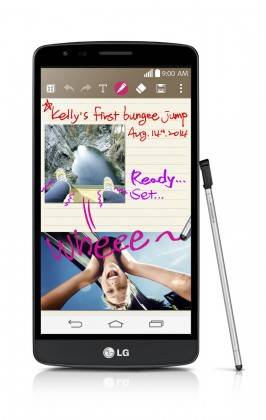 The LG G3 Stylus will first debut in 3G markets in Brazil next month, followed by Asia, Middle East, Africa, and CIS regions. Judging by that, we can presume there is no 4G LTE capability in this device, which might make it less appealing to US and some European markets. The smartphone will still make its way to LG’s IFA 2014 display, where we will most likely get to see if this rather odd mix of high and low features will have something truly interesting to offer.