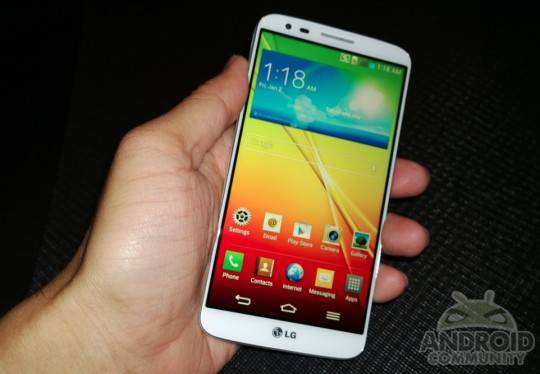 The LG G2 is being billed as the latest device in the “G” series of premium handsets. It is also shown as one with an “innovative design” due to the rear-controls. These rear-controls brought plenty of speculation before the G2 was officially announced and they turned out to be for power and volume. The LG G2 also has a 5.2-inch Full HD IPS display and what LG refers to as a “near-zero” bezel.

The LG G2 will be running Android 4.2.2 Jelly Bean which will be combined with some LG branded software. In the case of the G2, users can expect features to include Knock On, Answer Me and Slide Aside. Knock On means the user will be able to wake the handset with a simple tap of the display. Answer Me will automatically accept a call as the handset goes up to your ear and Slide Aside is a multi-tasking feature that allows you to have three full-screen apps “slides” running at the same time.