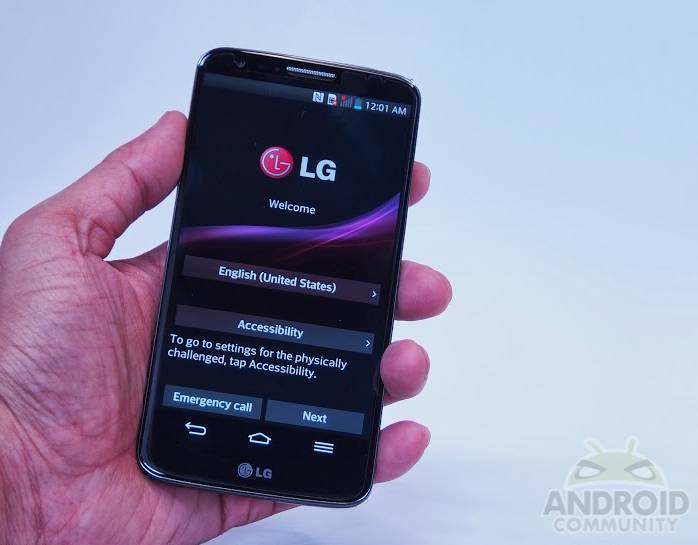 With the release date approaching for LG’s latest flagship powerhouse smartphone, the LG G2, we’ve received an international version for some initial testing. That rear button sure is interesting, but we’re comfortable with it already after only a few hours of use. While we’re still waiting for US release date details, check out a few pictures and benchmark results below.

As you all know, hopefully, the LG G2 is a pretty top-tier device with all the boxes checked. They’ve tossed the world’s thinnest 1080p HD display in the phone, coming in at 5.2-inches, with some of the thinnest bezels we’ve seen on a smartphone. Under the hood is Qualcomm’s latest and greatest 2.3 GHz quad-core Snapdragon 800 processor and 2GB of RAM. Then they made the entire phone super thin, put the buttons all on the back, and added a 13 megapixel camera to cap it off.

There’s nothing missing here. We’re running Android 4.2.2 Jelly Bean, and all four of those cores sure keep this phone speedy. The 13 megapixel camera has OIS, and we even finally got a big battery from LG. Coming in at 3,000 mAh to keep it churning out games, Twitter updates, and everything else all day long. For now this is a “non-final” product with non-final software, but we decided to benchmark that impressive processor under the hood while getting more time with the phone before we post any hands-on, or initial thoughts. We’re waiting for LG to make it perfect. 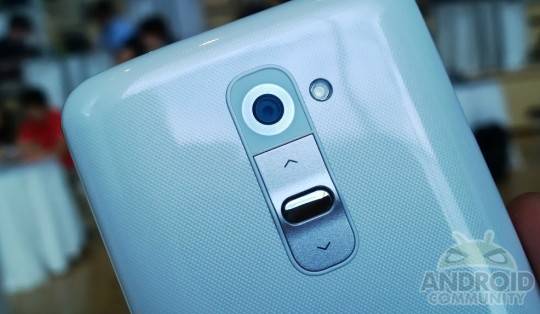 The LG G2 is the first of many upcoming devices with the latest from Qualcomm. This is the Qualcomm Snapdragon 800 MSM8974 edition of the processor, complete with Krait 400 technology. We have an Adreno 330 for graphics, and 2GB of dual-channel LPDDR3 RAM, so it’s plenty fast. Again this is non-final hardware and software, and our results are actually a bit lower than our original testing from LG’s launch event.

In Quadrant we score nearly 19,000 and top the charts. That being a score that we haven’t seen too many times before, and it bests the Galaxy S4 as well. Then in the popular AnTuTu we received a score of around 26,000, which slightly lost to the Galaxy S4. However, or first round at LG’s event nearly broke 30k and topped the charts. We know these aren’t everything though, so also ran 3DMark, Geekbench, Sunspider (which scores high) and a few others. Here you go folks!

There is no question in our minds the LG G2 and Qualcomm’s Snappy 800 is fast and powerful, and we should be seeing plenty of both throughout the rest of 2013. LG’s set to release the G2 on almost 100 carriers within the next 90 days, and it will be available from all four major US carriers.

The latest reports and rumors suggest a September 12th release date on Verizon for the LG G2, followed by AT&T, then T-Mobile and others will quickly follow suite. A few of those days might line up with international launches as well, so we’ll keep you posted with all the info. For now check out our initial hands-on with the LG G2, and we’ll get a full review coming your way quick!