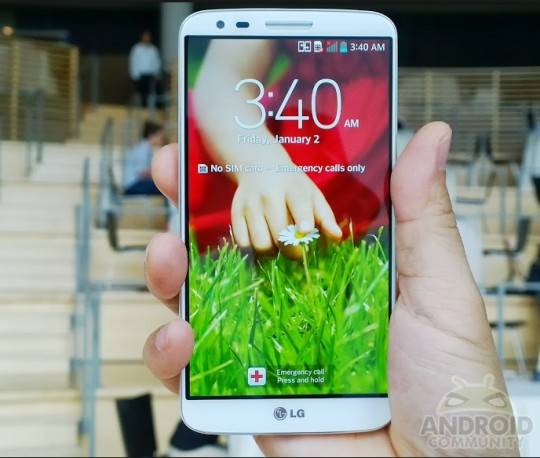 AT&T launched the LG G2 earlier in the month, however that initial launch only included one of the two colors. The G2 originally launched with AT&T in black and as we learned from AT&T earlier in the week, the carrier was planning to release the white variant of the G2 on September 27th. Well, flash forward till today and the white LG G2 is indeed available with AT&T.

In terms of the phone, regardless if you choose the G2 in black or white — you will be getting a handset running Android 4.2 Jelly Bean, powered by a quad-core 2.26GHz Qualcomm MSM8974 and sporting a 5.2-inch display with a resolution of 1920 x 1080. Other specs for the G2 include 32GB of internal storage, 2GB of RAM, 3000 mAh battery, 2.1 megapixel front-facing camera and 13 megapixel rear-facing camera.

Of course, as we have shown in previous posts, the LG G2 is the handset that has had the buttons shifted to the back of the handset. Aside from the unique placement of the buttons, we have also spent some time with the G2 and have both an initial hands-on report from the announcement as well as a full review.