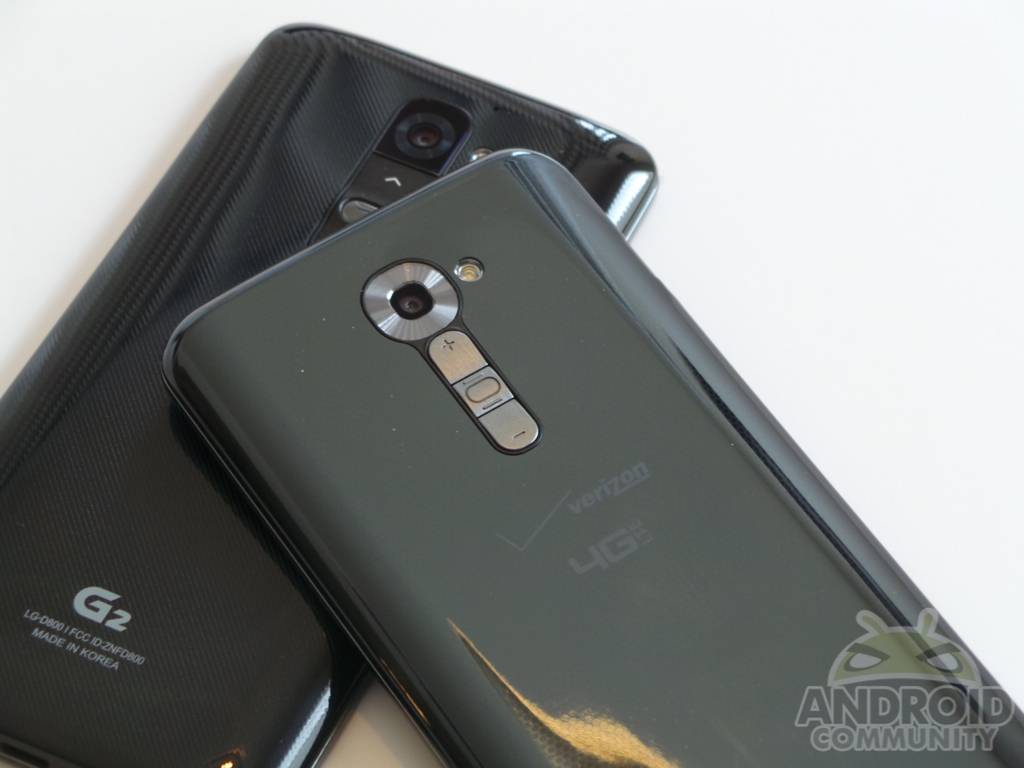 When LG took the stage back in August to announce their new flagship LG G2 smartphone, the main focus was on the buttons. Why? Because the volume and power buttons are located on the back, rather than the sides. Their new device has the world’s thinnest full 1080p HD display, and the fastest quad-core processor available today, but today we’re following LG and focusing on those buttons.

Before we start as a reminder we want to confirm the LG G2 from Verizon officially becomes available tomorrow, September 12th, for $199. T-Mobile will follow on the 18th, and it’s readily available from AT&T. Now that’s out of the way, check out loads of pictures and our hands-on battle of the buttons video below.

As a refresher the LG G2 sports a 5.2-inch full 1080p HD IPS display, and Qualcomm’s latest 2.3 GHz Snapdragon 800 quad-core processor and 2GB of RAM. With Verizon you’ll get a few added options for the same $199 price as the others. That being 32GB of internal storage, then built-in wireless charging comes standard, which Verizon got the exclusive on. As a result though the buttons have been changed on back, and the entire device is a few mm thicker, but it’s barely noticeable.

With Android 4.2 Jelly Bean and loads of features to take advantage of those buttons and that massive display the G2 is quite the smartphone. It’ll likely also be the base in which LG’s Nexus 5 is built. With Verizon the buttons are actually much smaller on back, which makes then harder to hit than the regular model everyone else is carrying. Then, the LED light on the power button is also quite small and barely noticeable when illuminated.

I found myself missing the buttons at times and resting my finger on the camera lens sadly, which means photos might come out blurry. So make sure you keep it clean. That aside, the rear button placement is actually extremely comfortable, and easy to get used to. To be honest Verizon’s LG G2 buttons don’t feel quite as nice. The rounded edges stick out, which could make them easier to find and hit for most, but I find them a bit intrusive compared to LG’s original approach. They’re also thin, instead of finger width like LG had before. Check out our hands-on video and comparison below.

Aside from having a blazing fast quad-core and a pretty gorgeous display I think my favorite feature would have to be the KnockON feature. Which is a quick double tap to turn on, or turn off the display. It’s quick and simple, and something I hope we see more. The low-power abilities of the Snapdragon 800 are at play there, and regular older devices might not be able to incorporate that without sacrificing some battery life, but we’ll see. I want it on all my devices.

We already shared plenty of thoughts and details in our thorough hands-on from their launch event, so for now we’ll need a few more days to fully enjoy this new phone. Drop us a comment below with any questions you may have regarding the LG G2, and expect a full review coming up quick.