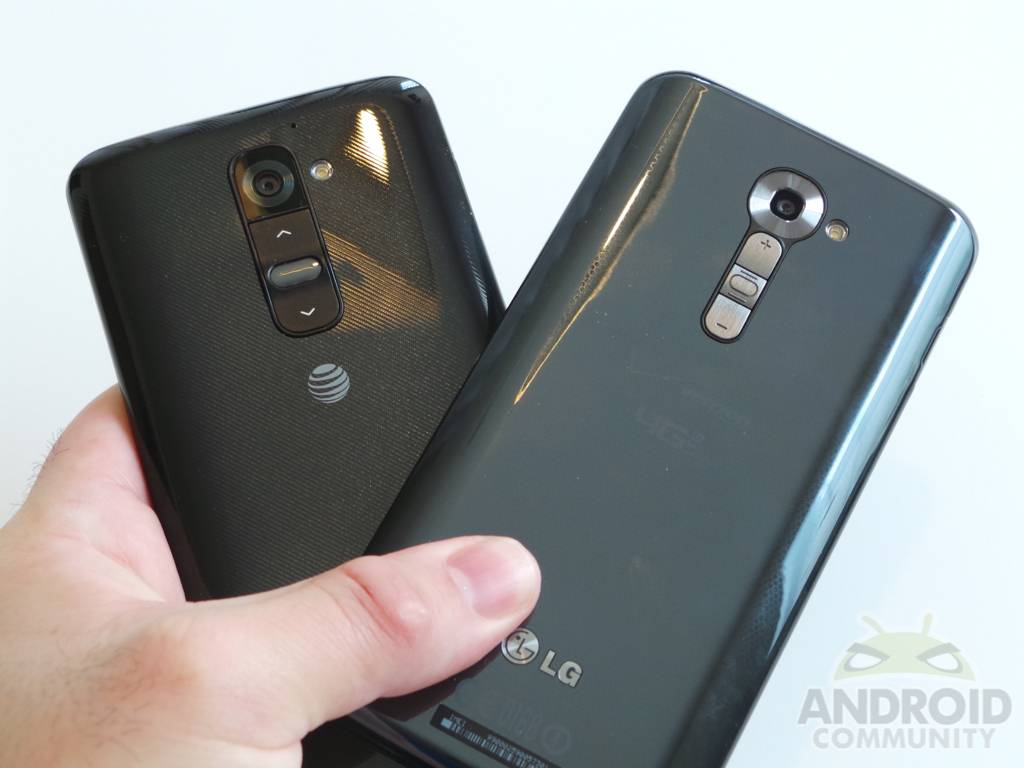 The LG G2 smartphone has officially launched for those in the US. The handset is now widely available with a trio of carriers including Verizon Wireless, AT&T and T-Mobile. The price points are similar across the carriers, however as we have been seeing lately, they each have a few purchase options available. Regardless of the carrier though, you will be getting a handset with a 5.2-inch display that is powered by a Snapdragon 800 processor.

Getting specific, the display will arrive with a resolution of 1920 x 1080 and the handset will be powered by a quad-core 2.3GHz Qualcomm Snapdragon 800 processor. Those considering a purchase will also find Android 4.2.2 Jelly Bean along with 2GB of RAM, 32GB of internal storage, a 3000 mAh battery and 13 megapixel rear-facing camera with the ability to capture 1080p HD video at 60 frames-per-second.

Specs aside, one of the more unique features of the G2 sits on the back — the rear-facing buttons. These rear controls include the power button and volume controls. And while they have been well documented, we have recently spent some time comparing the AT&T and Verizon Wireless versions of the G2.

Last up for carriers is T-Mobile who are sitting a bit different. T-Mobile has the G2 priced with a downpayment of $99.99. That price then includes 24 monthly payments of $21. All that being said, those curious about the G2 (regardless of carrier), may benefit from our earlier published hands-on post.