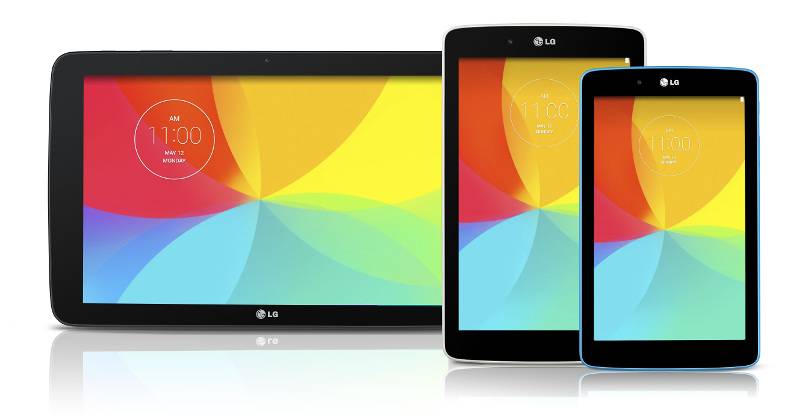 LG is expanding its G Pad line to cover the usual gamut of tablet sizes. Building on the 8.3-inch model announced last year, the 7.0-inch, 8.0-inch, and 10.1-inch G Pad tablets offer users more choices in how they want to consume, or create, their content.

It feels almost a long, long time ago when LG revived its tablet push with a new G Pad moniker. The G Pad 8.3 had a rather strange screen configuration, coming at 8.3 inches, though boasting of a 1920×1200 pixel resolution. The hardware specs weren’t exactly top of the line even back when it was unveiled at IFA 2013, consisting of a 1.7 GHz quad-core Qualcomm Snapdragon 600, 2 GB of RAM, 16 GB of internal storage, and Android 4.2 running on top. In case you need a refresher, here’s our in-depth review of the LG G Pad 8.3 as it was under Verizon’s flag and with LTE support.

LG might now be taking the chance to update its tablet line and, at the same time, open it up to more buyers with varied needs and preferences. LG is selling the 7.0-inch G Pad as the easiest to use with one hand, while the 10.1-inch tablet is best for multimedia consumption. That makes LG G Pad 8.0 the compromise between the two for those who can’t easily make up their mind which to choose. All three will showcase LG’s UX (user experience) features, like Knock Code and QPair, the latter of which lets you receive your LG smartphone’s notifications right on your tablet and even fire off an SMS should you wish to reply. 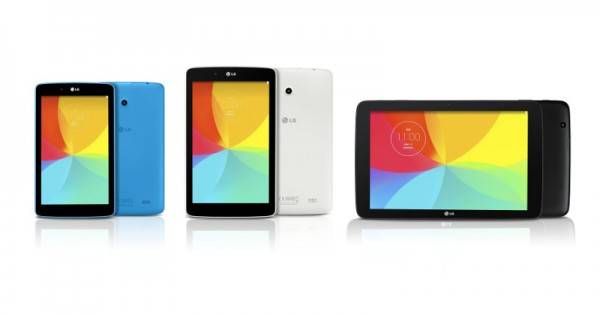 Details about the LG G Pad 7.0, G Pad 8.0, and G Pad 10.1 are still quite scarce. LG will be divulging more information, including availability, when it officially pulls off the covers from the three tablets this week at the MedPi 2014 tech show in Europe.