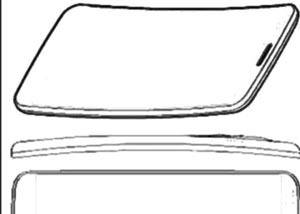 The race to out the first, if not the best, curved smartphone has begun and two contenders are already claiming most of the spotlight. Just after rumors of a curved Samsung Galaxy Note 3 surfaced, word about LG‘s own plans have started to go around the Internet. Now we even have a name for it: the LG G Flex.

Samsung has been teasing the tech world with its flexible displays, starting with the YOUM flexible AMOLED display last year and a working prototype of a smartphone with a curved display early this year. With rumors that Samsung will be unveiling such a smartphone based on its recently unveiled Galaxy Note 3 this month, LG has been reported to pick up the pace with a curved smartphone of its own.

As mentioned before, a smartphone with a curved display is not the same thing as a flexible device and is just a step towards achieving that goal. Flexible devices will be bendable and deformable while the shape of the G Flex will remain rigid like any other smartphone. Unlike the Samsung prototype shown at CES, however, it seems that LG’s device will not simply sport a curved display but the body itself will be curved.

Curved displays are nothing new to TV manufacturers such as LG and Samsung. The challenge will be in scaling it down to hand-sized form factors where the curvature for the different components will be even more pronounced. The competition, and the rumors, in the days and weeks ahead will be interesting, if not highly entertaining, to watch.