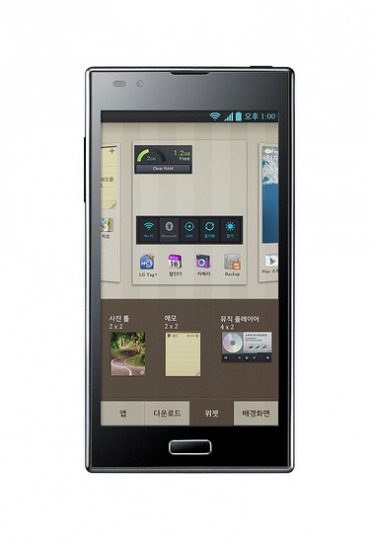 LG’s American flagships for the latter half of 2012 are starting to take shape. We’ve already seen the LS970 “Eclipse” 4G LTE, ostensibly a CDMA version of the Optimus LTE2 (below) and headed for American shores late this year. Now UnwiredView has spotted what appears to be the same phone, headed for AT&T at an unknown date. The E970 (final name unknown) showed up in a recent benchmark with some specs along for the ride.

The processor is clocked at 1.5Ghz, though whether it’s the same quad-core “Krait” Snapdragon as seen in the Eclipse 4G LTE is still up in the air. It’s paired to an Adreno 320 GPU, as most of the upcoming Snapdragon S4 phones are. Also included is the screen resolution, 1280 x 768 – perhaps the extra 48 pixels over a standard 720p display are for on-screen controls, since it’s also running Android 4.0.4. This phone will definitely have an LTE connection.

Beyond that, we know very little about the E970, though if it follows the Optimus LTE2 blueprint (as the Spectrum and the Nitro HD have with the original Optimus LTE) it’ll have a 4.7-inch screen and a whopping 2GB of RAM. The LTE2 is expected to come late this summer, so given the depressing time gap between international and American releases and LG’s tendency to customize the look and feel of each and every device for the Big Four, expect it sometime between Halloween and Christmas.