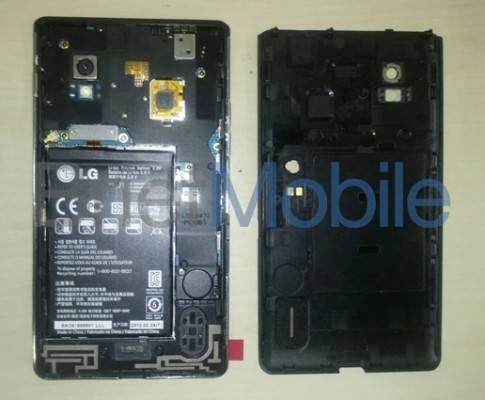 OK, so “flesh” probably isn’t applicable for a hunk of plastic, glass and silicon, but you get my drift. BriefMobile spotted the latest of The Now Network’s new devices and got a candid photo of the LG Eclipse 4G LTE that leaves nothing to the imagination. The flagship-level device is expected to his retailers in the latter half of this year.

According to the rumors, the Eclipse will feature a massive 4.67-inch display (almost certainly using a 720p IPS panel from LG), a quad-core Snapdragon processor, 2GB of RAM (just like LG’s Optimus LTE 2) and 16GB of on-board storage. The battery will be an impressive 2100mAh, roughly matching the Galaxy S III. Presumably this guy will launch with an LG-customized version of Android 4.0.

Based on the specs lone, I’d say that the Eclipse 4G LTE sounds like an American version of the Optimus LTE2. That would fit LG’s current pattern of doing some extensive customization for American carriers – both AT&T’s Nitro HD and Verizon’s Spectrum are branded variants of the original Optimus LTE. But The Now Network gets an important leverage: the addition of NFC, all the better to use with Google Wallet.