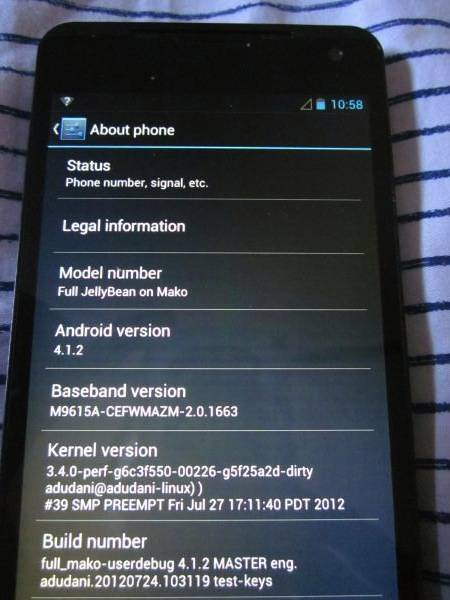 We’ve been hearing quite a bit of news lately about the next Google Nexus smartphone, many of which are claiming the device will be made by LG. What we have below is some odd photos of a prototype LG device running Android 4.1.2 Jelly Bean, looks very similar to the Optimus G, and has a casing around it hiding its final design. Sounds a bit like what we’ve seen in the past from Samsung, and even Apple to hide final designs. Could this be the LG Optimus Nexus?

Some images of an unknown device have just hit the web this evening, claiming to be an LG prototype device codenamed the e960. The phone looks very similar to LG’s recently announced Optimus G smartphone — which you can see more of here. The rumor mills have been churning about an LG Nexus device for a few weeks now, and this could be our first look at the smartphone. 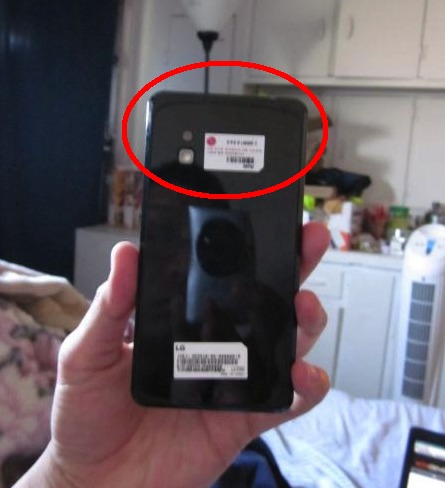 The image above clearly shows what we mentioned above regarding hiding the device. You can see the rounded design which is similar to the Galaxy Nexus being covered by a square casing. This would be LG (and Google’s) attempts to hide the final product and design of the upcoming device. Then we’ll move on to the phone. It appears to be quite large, matching the rumors of the Optimus G and its 4.7-inch display being a Nexus device. The Optimus G rocks a quad-core 1.5 GHz S4 processor, 2GB of RAM, and a 13 megapixel camera. This is shaping up to be a beast. Oh and did we mention this is running Android 4.1.2 Jelly Bean?

Earlier reports today of the HTC DLX stated it was also running Android 4.1.2 Jelly Bean. Could this be the next version of Android that will be showing up soon, or will we see Android 4.2 with the next Nexus? Now we aren’t too sure. Looking at the images provided by a user at XDA the phone appears to be running a rather old build of Android, dated as far back as July 24th for the Android build. Oddly it also is listed with a codename of “mako” (a fish) which follows every other Nexus device codename to date. The Galaxy Nexus family is Tuna. We see an extremely stock version of Android Jelly Bean here, and oddly Chrome isn’t the default browser.

[via XDA] — Thanks for the tips folks!