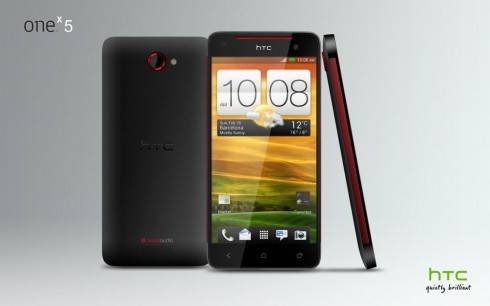 The HTC developer known as “Football” on Twitter sent out a tweet containing what appears to be specifications for the up-coming HTC smartphone known as DLX, which is rumored to be headed to the Verizon lineup. Although little is officially known about the HTC DLX, it is rumored to be named the One X 5 or DROID Incredible X. A concept image has been floating around the Web for a few weeks.

The tweet by Football confirms some of the rumors that have been circulating about this behemoth smartphone, including that it will have a 5-inch HD (1080p) display. Because of the smartphone’s sizeable screen, it has been dubbed a phablet, one of a few phones toeing the line between phone and tablet. In addition to the screen size, the tweet seems to confirm the rumors of a Snapdragon processor and Android Jelly Bean (4.1.2, to be specific).

If the tweet is correct, it seems the DLX will have 1.5GB of RAM, 16GB of internal storage, a 2MP front camera and 12MP rear camera, a 2500mAh battery, and 1.5Ghz S4 Pro processor from Snapdragon. Sadly, no word was given on whether the phone is headed to Verizon, or when it will be available. Official details from HTC are still unavailable.

This information meshes well with the report from DigiTimes claiming that an industry insider says HTC plans to release a device with a full HD screen in September or October of this year. GLBenchmarks shows a device that corroborates most of the specs listed in Football’s tweet, including the Snapdragon processor. Although no official word has been given, information in the rumorsphere seems to confirm Football’s tweet.