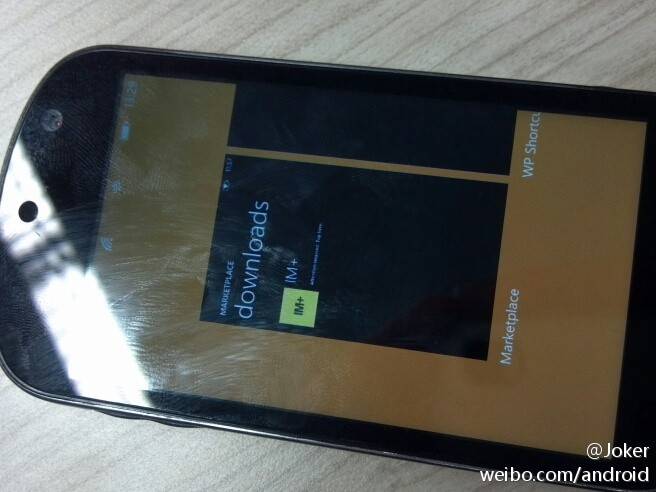 We still haven’t gotten a proper look at the original LePhone over here in les States, but the successor to Lenovo’s smartphone is already in the works. In a curious bit of software engineering, it looks like the phone can run Android and Windows Phone 7 in a dual-boot configuration. This isn’t any sort of super feat – modders do this sort of thing for kicks all the time – but it’s odd to see two competing platforms running on the same hardware even before an official release.

This is the first we’ve heard of the LePhone S2, and unfortunately it’s unlikely to land on American shored even when its release date comes about. The original was and is limited to Chinese carriers. Still, you never know when a company might want to break into a new market, and Lenovo has an established following in America with its computers, and recently, tablets. The S2 seen in these photos is probably just an engineering test bed, allowing Lenovo’s hardware and software teams to try out new things on components that will likely be shared across multiple models.

The S2 could be the first Windows Phone 7 device to run in China, but of course, it would be only one of many Android phones. If Microsoft allowed Lenovo to install a vanilla version of Gingerbread without Google authentication alongside Windows Phone 7, it could represent a serious value proposition. And why not – Microsoft is already making money off of Android anyway.