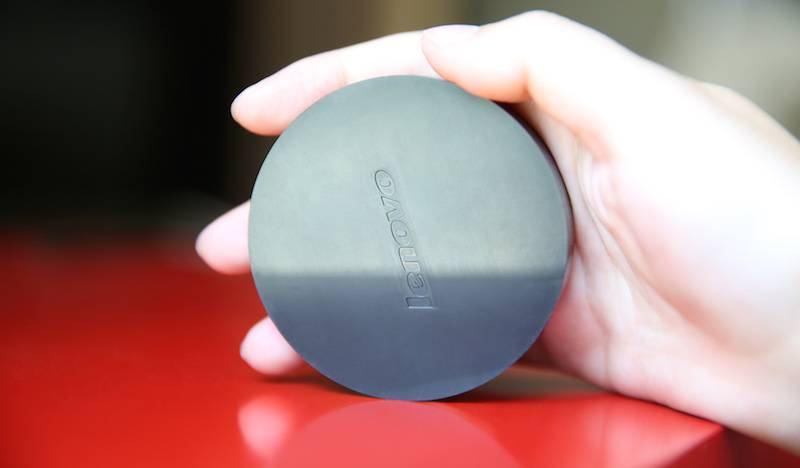 Google’s Chromecast definitely paved the way for other manufacturers to come up with their own media casting devices. Other video streaming solutions have been provided by the likes of Microsoft with the Miracast, the Roku Streaming Stick, and the Netgear NeoMediacast but Chromecast is still ahead of the game getting support and app updates left and right.

But of course, any new competition is always welcome and Lenovo has just announced its first ever streaming media device. This small gadget allows wireless streaming of files from mobile devices to a bigger screen. The Lenovo Cast is a plug-link-and-play device that works via HDMI. Make sure a smartphone or tablet is Miracast or DLNA-enabled so it can link to the screen or TV.

As with any similar casting device, the Lenovo Cast is pocket size and can be easily set up. It’s the ideal companion device for mobile devices because you can easily connect it to a digital TV as long as there is WiFi. Lenovo’s casting device boasts of dual frequency WiFi and can transfer content within 20 meters, even through walls. It can also mirror whatever it is on your smartphone or tablet screen.

Sharing videos and any content from a mobile device is easier with the Lenovo Cast. Lenovo Mobile Business Group’s Executive Vice President and President Liu Jun believes that the Lenovo Cast enables personalized experiences when it comes to media casting. Lenovo knows that people want more from their devices and that they want to share content from their mobile devices so the company came up with their very own media casting solution.

Lenovo Cast will be $49 when it’s released worldwide in August. Price is a bit higher than the $35 Chromecast from Google but it should offer more according to Lenovo. Device works with phones or tablets running at least Android 4.3 plus other iOS and DLNA-enabled devices.