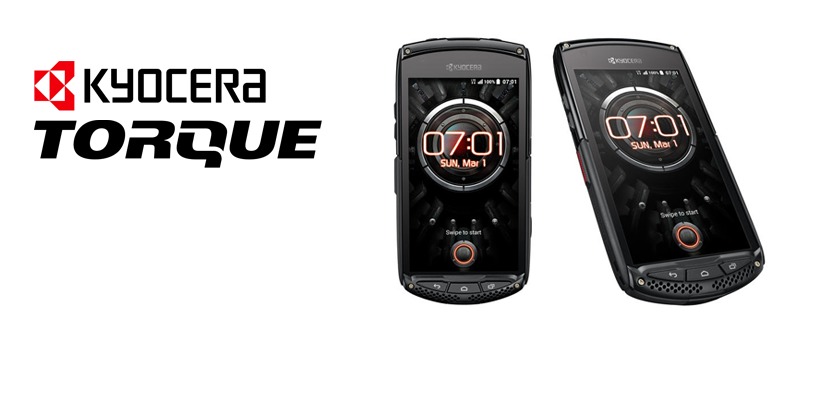 Kyocera is no stranger to the ruggedized mobile phone market, but it is the first time they are expanding their market reach to Europe. You might see one of the Japanese manufacturer’s phones here and there, or being used at one construction site or another – but this new model, the Kyocera Torque, marks Kyocera’s entrance into the European phone market.

Let’s understand the Kyocera Torque in the aspect that matters – rugged use. This ultra-rugged LTE phone is certified with the United States Military Standard (MIL-STD-810G) in 11 categories – including water immersion, dust, shock, salt fog and humidity among other variables. The phone’s touchscreen can be used with wet hands – with or without gloves (in cold weather). The phone also touts Kyocera’s proprietary technology for enhancing call audio, for making calls in very loud industrial and construction environments. The Torque also has built-in encryption to keep sensitive documents protected. 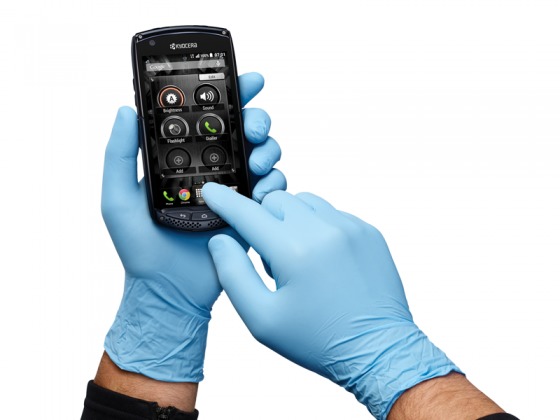 So what’s under the hood? The Kyocera Torque is powered by a very serviceable Qualcomm Snapdragon 400 quad-core 1.4Ghz processor, a non-removable but robust 3,100mAh battery with wireless charging capabilities, all giving power to a 4.5-inch HD (720p) display. The phone gives users 4G LTE connectivity, or 3G/Edge where there is none available. There’s an 8MP/2MP camera combo for the odd photo you might need to take, and it runs on Android 4.4 KitKat. 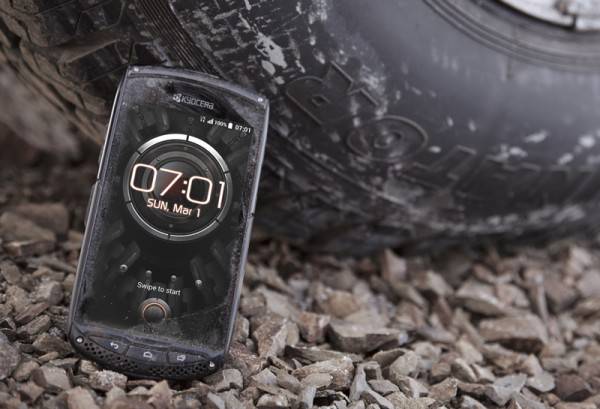 This new phone bears the same name as the one released in the United States in 2013, but it looks more like the Kyocera Brigadier (offered by Verizon) in design and aesthetics. The phone should be in the displays of Kyocera at the Mobile World Congress 2015 in Barcelona, and is scheduled to launch in France and Germany in the spring.