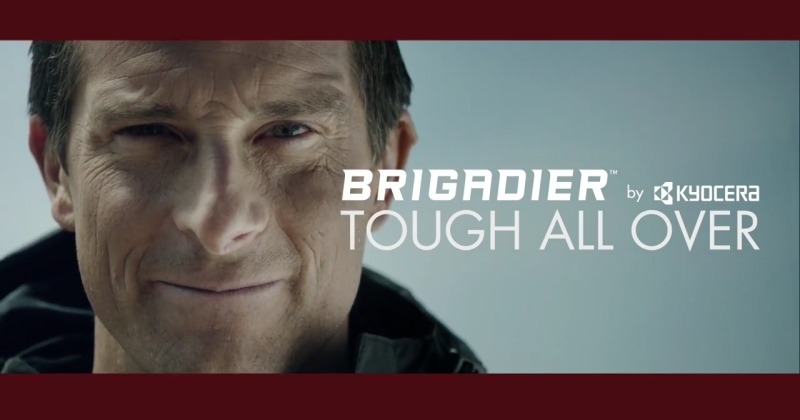 The cat is out of the bag and Kyocera indeed has in its repository the world’s first non-luxury wallet-friendly sapphire glass toting smartphone. And just to show what it means when it says “tough”, Kyocera has pushed two new YouTube videos that summarize the Brigadier’s key rugged features as well as demonstrate the excruciatingly painful things you can do to this smartphone.

Who better to know what tough really means than tough man Bear Grylls himself. This British adventurer is best known for his Discovery Channel series “Man vs. Wild” and, according to him, the Brigadier is crazy tough. After all, it meets IP65/68 dust and waterproof ratings as well as the US military’s MIL-STD 810G standard. But the Kyocera Brigadier has one special trait not found in its Kyocera brethren: a Sapphire Shield display that is tough enough to withstand anything less than a diamond.

But if Grylls’ word isn’t enough to convince you, then maybe the battle scars, or lack of it, on the Brigadier will. The video below puts two Brigadiers, one with impact-resistant glass only and another with Sapphire Shield, to the ultimate torture test. Scratch or drop, the sapphire-clad Brigadier survives unscathed. This is practically the same torture video leaked before that hinted at Kyocera’s next rugged smartphone, this time without the secrecy and with a clear Verizon branding.

In all other aspects, the Kyocera Brigadier is a decent mid-range smartphone, carrying specs that match the likes of the Samsung Galaxy S5 Mini or the HTC One mini 2. These include a 1.4 GHz quad-core Snapdragon 400, 2 GB of RAM, 16 GB of storage, a 4.5-inch 720p display, 4G LTE support, and Android 4.4. Of course, with all its rugged features and especially Sapphire Shield, the Brigadier pretty much surpasses those. And only at $99.99 a month, $399.99 in full, available exclusively from Verizon.