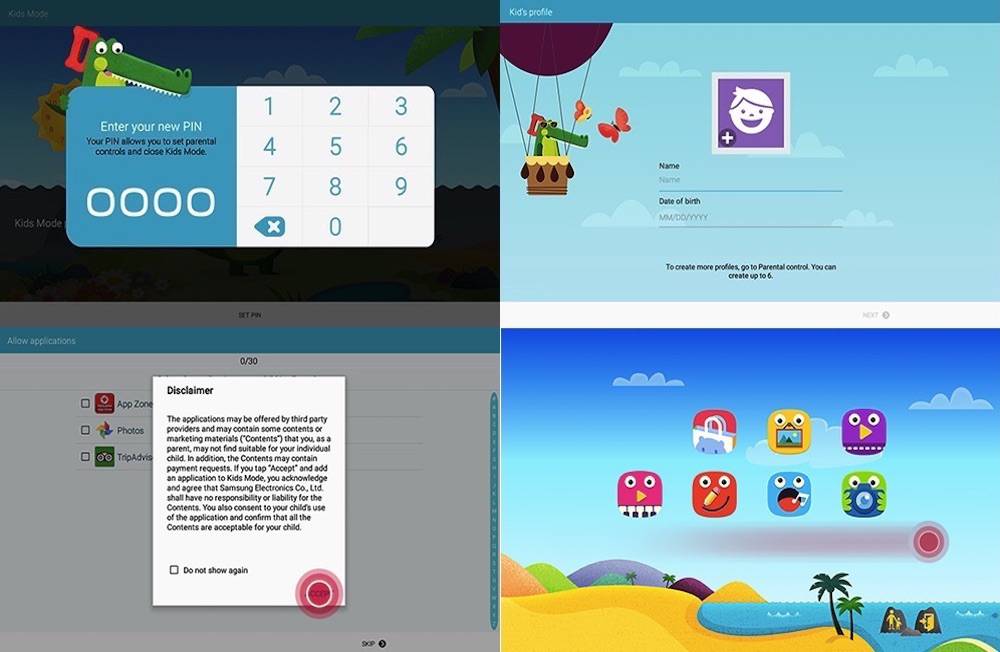 It’s been a while since Samsung last updated the Kids Mode app. We didn’t hear anything about it last year but in 2014, we saw the app installed on the Galaxy Note 3, Galaxy S5, and the Galaxy S4. The company is rumored to be working on an update–a major one–according to a source. Kids Mode is ready for download from the Play Store but we may have to wait a while to get the latest version.

Nothing is certain yet though but an update app could mean a newer user interface. Perhaps some Material Design goodness because it’s about time. We can still expect a kids theme design plus new animations to make sure kids won’t get bored. An attractive UI will make the kids focus their attention on whatever they need to do. The current version number is 3.9 so the next one could be 4.0.

As with the old version, the updated Kids Mode will make a device safe and fun for the kids to play. Some apps for children are offered exclusively including a coloring book, voice changer, and a fun camera.