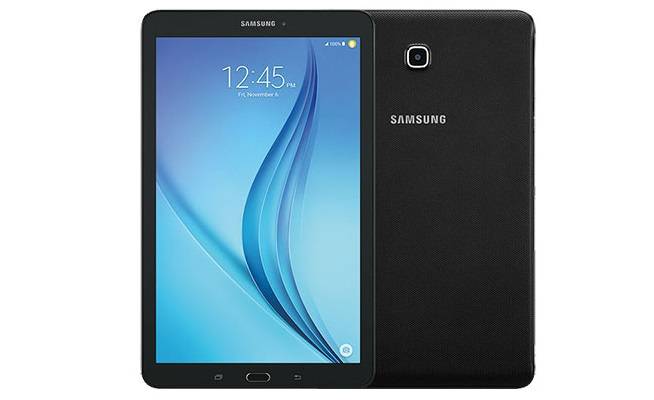 It’s only been a day or so since it has been confirmed that Samsung was releasing a new version of the Galaxy Tab E 8.0, exclusively in Taiwan for now. But now it seems that there will be another new member of the Tab E family and this time it’s slightly smaller than the 8-inch tablet. Reports are saying that the OEM is working on a 7-inch display variant of the budget tablet and that it will be coming soon.

According to Twitter user @rquandt, the model number of the new device is SM-T280NZKA and that it will be a WiFi only device. The 7-inch display will have a 1280×800 pixel resolution and will run on a 1.3GHz processor. Its RAM is at 1.5GB and it has an 8GB internal memory that can be expanded through a microSD card. Based on these specs, it looks like the Galaxy Tab E 7.0 (not the final name of course) may be a bit lower end than the 8-inch version.

The Galaxy Tab E 8.0 has an 8-inch TFT display with 1280 x 800 pixels, runs on a 1.3GHz Snapdragon 410 quad-core processor with Adreno 306 GPU, has a 1.5GB RAM and 16GB internal storage that is expandable. It has a 5MP main camera and a 2MP front-facing one. The rumored 7-inch version doesn’t have camera specs yet but it will probably be the same as this or maybe even lower.

The reports are also saying that there will be other additions in the Galaxy Tab E series, like the Lite variant and a Kids variant as well.