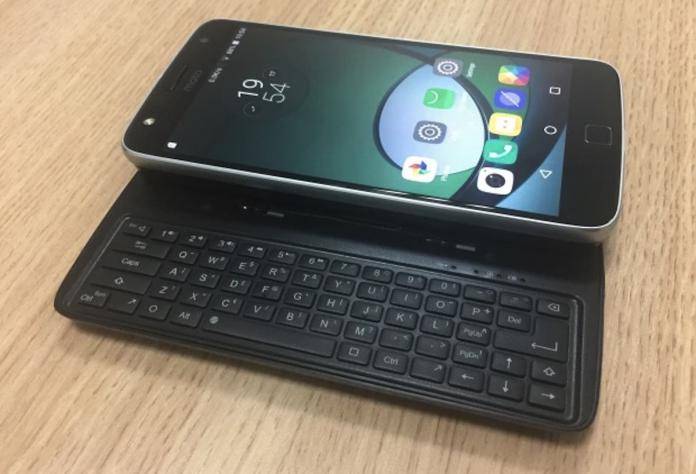 Over a year ago, a physical keyboard Moto Mod received crowdfunding on Indiegogo. We’ve been waiting for this one because the QWERTY keyboard slider takes us back to a few years ago when such design was popular. Motorola has always been helpful in the development of third-party Moto Mods but there may be times that delays happen for several reasons. Others are totally unavoidable, leaving the consumers with nothing even after months or years of waiting. As for the Keyboard Mod for the Moto Z, the team behind it has given out a decision.

This Keyboard Mod for Moto Z was presented to Motorola as a prototype a year ago and was approved to be compatible. It was fully funded last May 2017 with some $164,000 funds raised.

The slider keyboard appeared to have full potential because it brings back the novel idea of physical QWERTY typing the kids may not know about today. Officially known as the Livermorium Slider Keyboard Moto Mod, this one is canceled because there’s not much demand from third-party sellers and retailers. We believe this one because the Moto Z doesn’t really have any significant market. There may be thousands of Moto Z phone owners but not enough to make the team behind it to bring the item into production.

There doesn’t seem to be enough promotion as well. Funding is said to be not enough apart from Indiegogo. The number the company could only produce is 3,000 as first planned. Another problem arose when a component supplier wanted the group to order 14,000 pieces minimum.

Project Owner Liangchen Chen is believed to be working on a premium phone this time but we won’t dwell on that. We’re not happy the project is being canceled but what can you do.