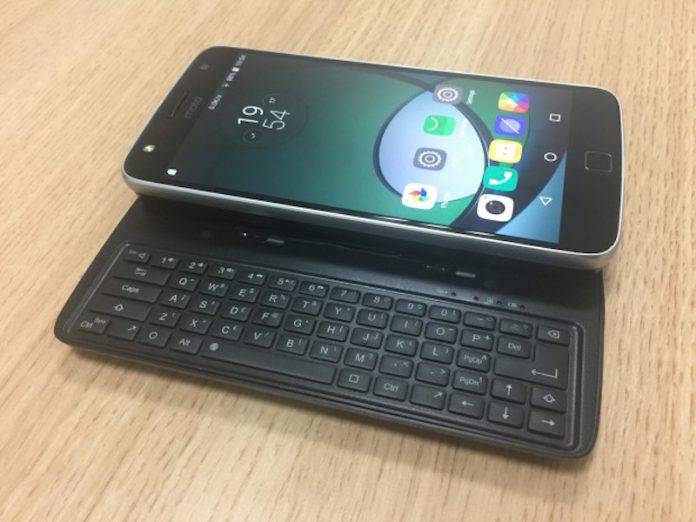 The Moto Z prides itself in still pursuing the modular model when some have practically given up on it (cough, LG). Motorola has opened up the market not just for established hardware producers but even for startups and in fact they came up with a Transform the Smartphone challenge in cooperation with IndieGoGo. One of the winners was the Keyboard Mod, and now they have created their first prototype which they will present to Motorola and Verizon this Wednesday.

While there wasn’t really a clamor for a QWERTY Keyboard for the Moto Z, the Keyboard Mod seems a pretty interesting proposition. It looks like a “reincarnation” of the QWERTY keyboard for the Motorola Photon Q a while back. They have now created a prototype of the keyboard, although they are quick to remind people that it is but an engineering sample and the final product will be better looking and more fully functional.

In the course of their IndieGoGo campaign, they have also gotten the suggestions of some folks and already incorporated it into the prototype. They have now added LCD lighting for the CAPS key, connection lighting, and a pretty important battery indicator. They will be presenting the Keyboard Mod to Motorola and Verizon to get more funding.

And they will probably need a bit more funding since they haven’t yet reached their fixed goal of $100,000 on IndieGoGo. They are barely at 50% but they still have 14 days to go. Hopefully the presentation will go well so they can get more momentum for their campaign.