Samsung’s upcoming flagship – the Samsung Galaxy S8 – has been leaked, analyzed, and thoroughly exposed a full month before its official unveiling that it’s not even funny anymore. Barring the Korean giant’s own confirmation, we pretty much know everything there is to know about the new smartphone which will carry the new branding “Infinity Display” for its screen.

If you haven’t been hiding under a rock, you will have already known that the upcoming Samsung Galaxy S8 will have a screen that fills almost all of the front face of the device – the Galaxy S8 will supposedly carry a 5.8-inch screen with the strange 18.5:9 aspect ratio, while the bigger Galaxy S8 Plus will come with a 6.2-inch screen. All the leaks are consistent in one thing, they show a device that is almost purely display up front. 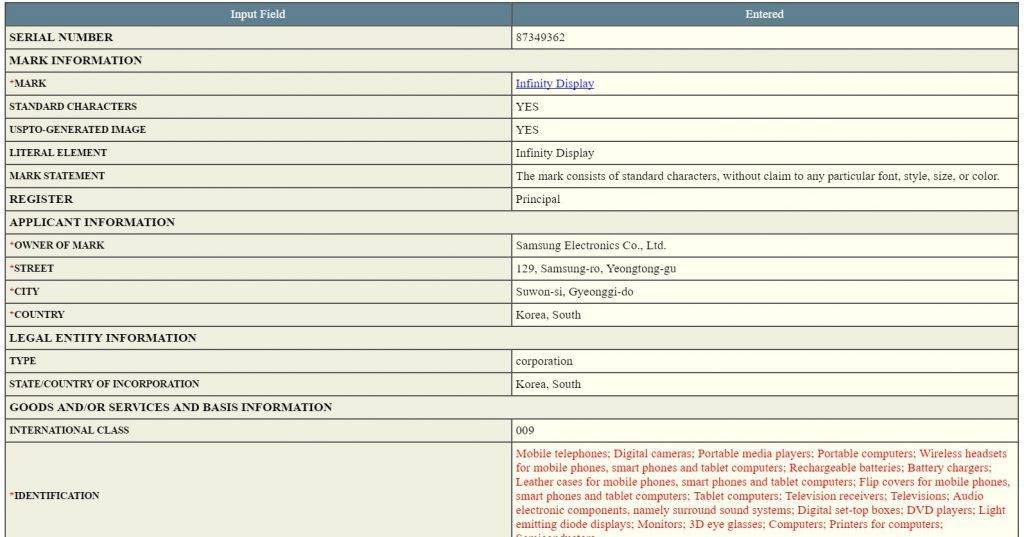 So as a matter of confirmation if anything else, Samsung has had the brand name “Infinity Display” trademarked at the USPTO. This means that at the very least, the big display rumor is not off the mark. We will be expecting a screen that fills almost the entire front of the device, almost surely with the patented sloping edges on both sides.

LG was the first to release the LG G6, and branded its display (which worked on the same idea) “FullVision”. It will not be too long now until we see this new branding appear in the marketing push for the Galaxy S8.