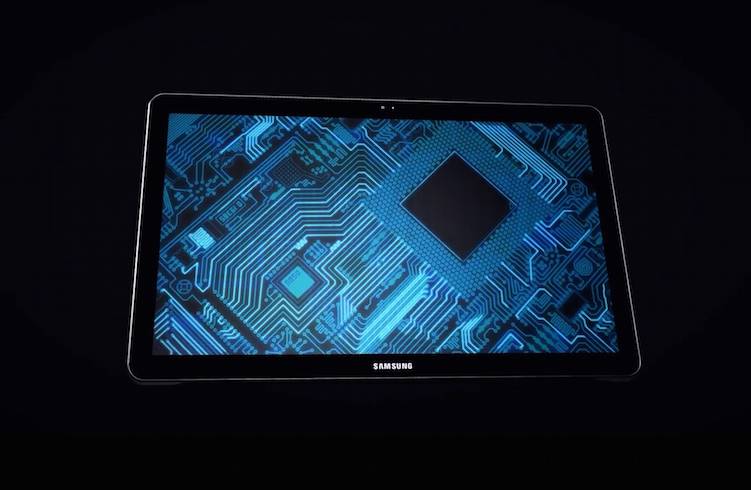 Samsung has been rumored to deliver a new tablet with a massive display. It’s even bigger than the brand’s biggest tablet so far–the 12.2-inch Galaxy Note Pro. The new Galaxy View is said to impress the industry with its 18.4-inch touchscreen glory. Don’t ask who would use such a large tablet because there really is a market. It’s not something you would lug around with you inside your bag anywhere because this one is targeted for the homes, schools, and offices.

The ever-reliable SAMMOBILE recently published exclusive images of the upcoming monster. The tablet is huge alright but it’s pegged to be just within the mid-range arena. Design-wise, it looks like another Galaxy tablet. You wont see any home button though –a first from South Korean tech giant. What the tablet has are on-screen navigation buttons.

The Galaxy View may be a new line but as the first tablet this size, Samsung may still be testing this particular category. The Samsung Galaxy View also comes with a foldable tablet dock that has a handle. Design is smart because with the large size, one would need an efficient way to let it stand or make it portable. It seems Samsung already addressed that problem.

As noted previously on GFXBench, here’s what we know so far about the Galaxy View also recently sighted on FCC:

Check out the image gallery below: