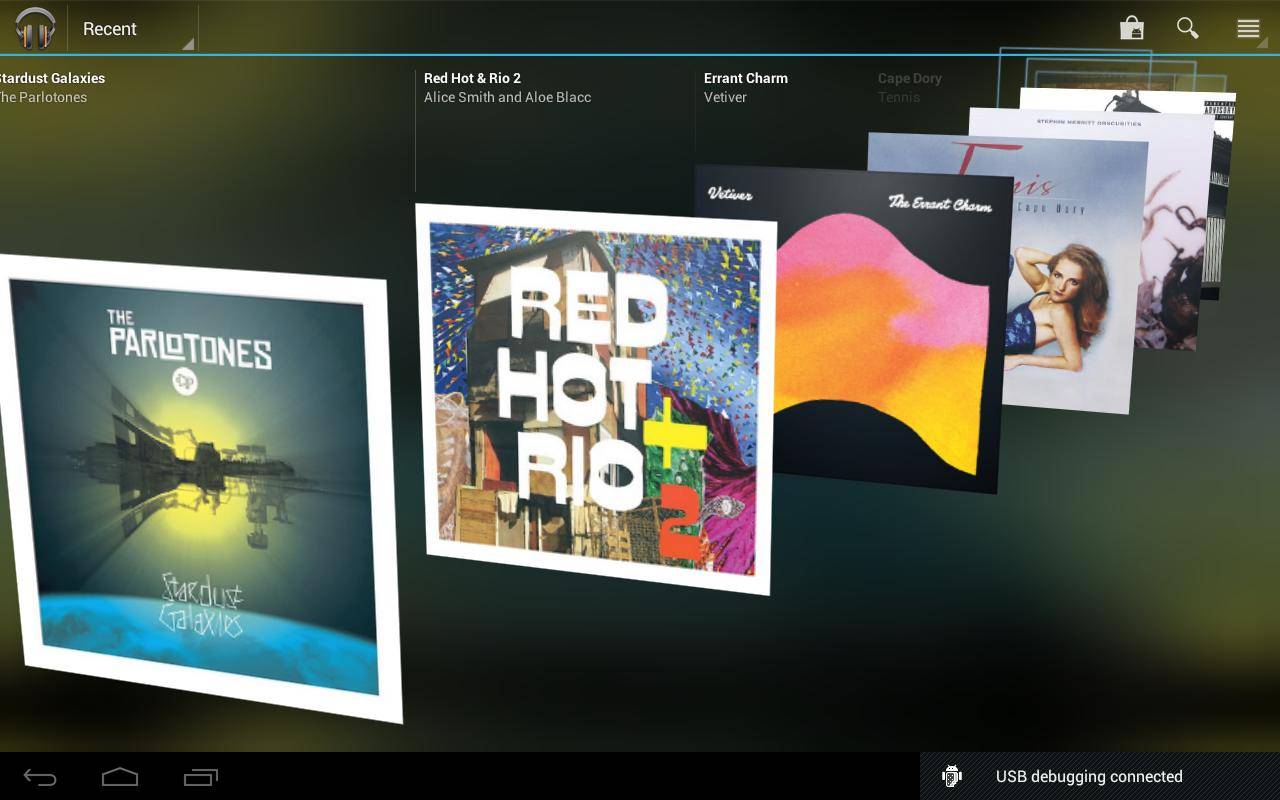 You can see that ICS on a tablet-sized screen looks a lot like Honeycomb – no real surprise there, as it’s sharing a lot of the same digital DNA. The only really obvious way to tell that the Music app is even running on Ice Cream Sandwich is the new navigation buttons (matching the Galaxy Nexus) and the color scheme around the notification area. For another look at ICS running in tablet mode, check out the official promotional image from Google.

One of the most important additions to the Android base in Ice Cream Sandwich (4.0) is that the same software can run on phones and tablets while scaling to match the size of the applicable screen. So far ICS hasn’t shown up on any tablets in the wild, though the Asus Transformer Prime will most likely be the first to get an official update. You might be seeing homemade ICS ROMS spring up for popular Honeycomb tablets like the XOOM and Galaxy Tab 10.1 soon, as independent ROM developers dig deeper into the Ice Cream Sandwich open source code released last week.