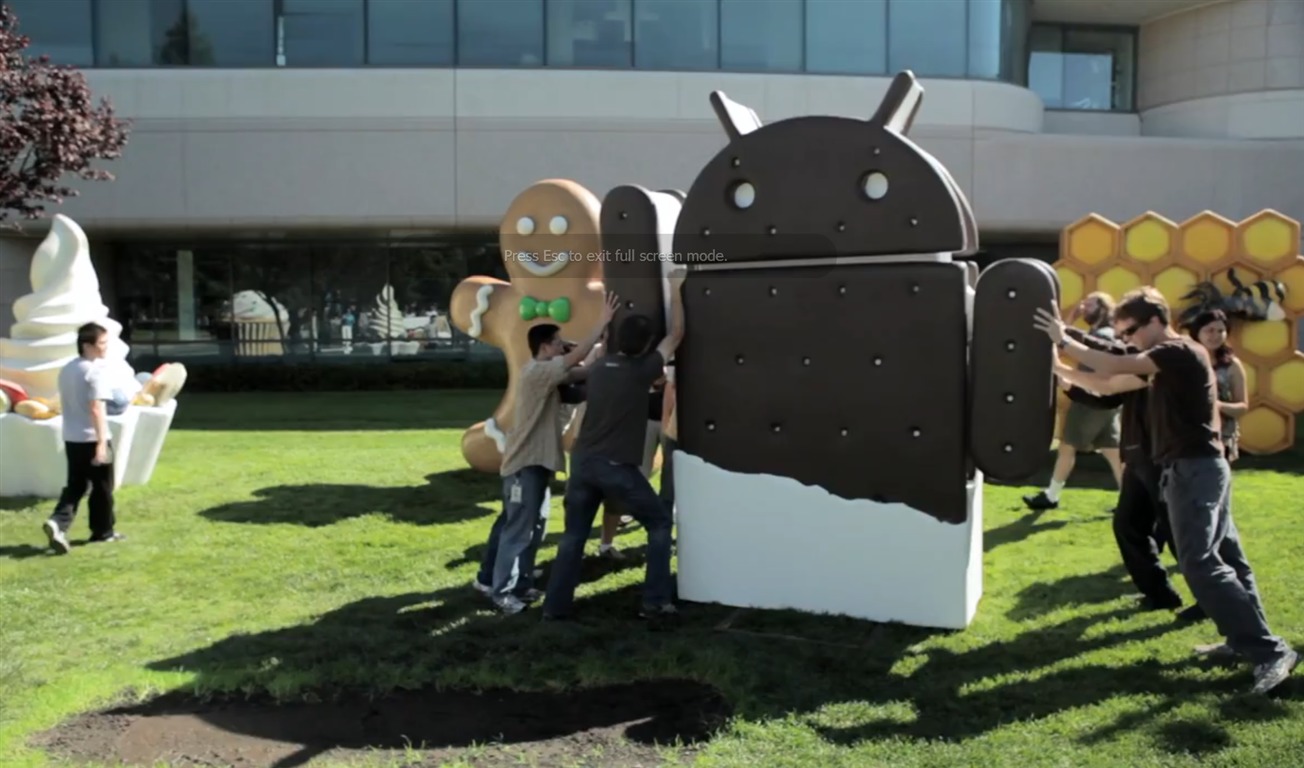 Today Google has finally taken the wraps off of Android 4.0 Ice Cream Sandwich and the event taking place next week in Hong Kong. Then just as every other version has been released we quickly saw a few photos of the new Ice Cream Sandwich statue over on Google’s front lawn, but now we have the video so check it out below.

Thanks to none other than the Android Developers YouTube channel we now present you with the official unveiling video of Android 4.0 Ice Cream Sandwich right on Google HQ’s front yard. I want one but I’d throw it next to the palm tree and my pool. Essentially we have a hands-on and unboxing of ICS. Check it out!

It doesn’t get any more official than that. We will see Android 4.0 Ice Cream Sandwich and the new Samsung Galaxy Nexus next week, then we will finally be able to put the countless Nexus rumors to rest. In case you want more Ice Cream check out this leaked screenshot gallery, or this awesome Nexus Prime device render.

Remember, Android Community will be LIVE in Hong Kong for the official unveiling of ICS, so stay tuned for details and hands-on.