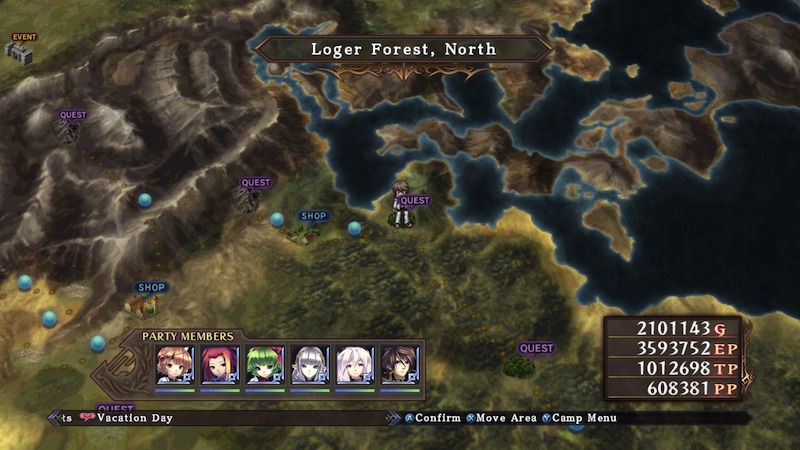 The game is priced at $14.99 in the US but for a limited time, HyperDevBox is listing it with a special introductory price of $8.99. It’s still pricey but I’m pretty sure there are Android gamers who would download the paid app. The game is popular in home video game consoles but it’s now ready to run on the Android platform.

The Record of Agarest Zero is set in the ancient times, long before the Record of Agarest War happened. The battle between the forces of light and the forces of darkness has long been going on. Centuries have passed and yet the conflict is still there between the nations. In attempt to put an end to war, the generals of the armies light sent out Sieghart. He’s the loyal servant believed to change the course of war. His mission is to gather components of a magical tool that will free the imprisoned blacksmith of the gods. The blacksmith must be freed because he’s the only one who can make magical artifacts to use for battle.

HyperDevBox has already released a number of Japanese games for Android. This game promises a lot of new things: more than 100 hours of gameplay packed in 1.GB of data, full 720p HD graphics, enhanced battle system, full touch interface support, as well as, Leaderboards and Achievements support. The game is also Xperia Play optimized and is compatible with MOGA controllers. As for gameplay, fans can expect full voice acted in Japanese, “Living Portraits” animated characters, Soul-Breeding System, and the Card Skill System that lets you customize your character’s weapon and skills.

To make the RPG more exciting, there’s the Fell Link feature that lets gamers the chance to unlock and change character costumes. There are also more than 400 enemies and characters and 50 different battle skills and magic spells. If you still have a lot of power, capture monsters to join your army.

If you’ve previously paid for the Record of Agarest War, you can also unlock the original game to include your characters and maps on this version.

Download Record of Agarest Zero from the Google Play Store