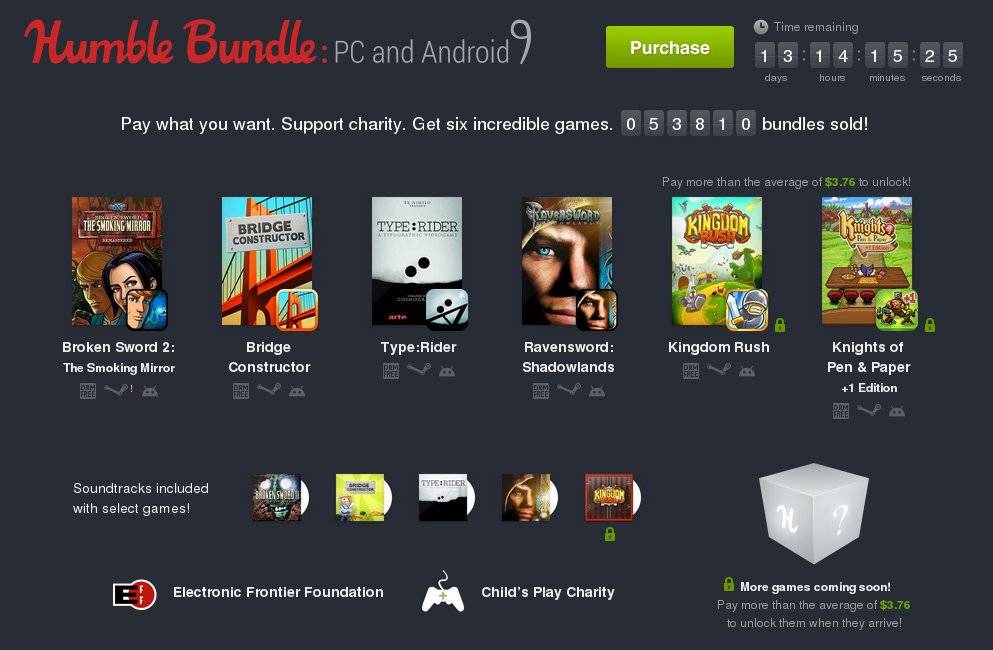 It is yet time again for another game campaign and this time the folks over at Humble Bundle are targeting not one but two platforms. In this 9th installment of the PC and Android bundle, you once again get to choose how much you want to pay for 6 games, which includes Broken Sword 2 and, for the right price, Knights of Pen & Paper.

Broken Sword 2: The Smoking Mirror is a point and click adventure game that puts you in control of on-and-off partners and lovers as they investigate an ancient artifact, traveling between continents and facing mystery, conspiracy, and ancient gods. This game is the 2nd installment of a well-loved adventure game franchise, the 5th and latest of which is also available now on Android as well.

Fans of old pen and paper RPGs will probably love the throwback feeling of Knights of Pen & Paper. This game is a rather tongue-in-cheek take on the genre, blending the P&P experience with early years of computer RPGs. You take the role of both Dungeon Master and P&P players as you design the battles that you will also fight. It’s a game about playing a game, the ultimate meta experience!

Also included in the bundle is Kingdom Rush, which you might have already purchased in the Humble Mobile Bundle 3. Bridge Constructor is everything the name says it is, allowing you to construct bridges that follow, and defy, the laws of physics, leading travelers to their destination or to their deaths. Type:Rider is an interesting educational game that takes you through the history of typography, entertaining you as well as teaching you the story and characters behind the world’s most popular fonts. And finally, Ravensword: Shadowlands will push your device to the limits with its stunning 3D visuals as you take on the role of a lone survivor destined to, of course, save the world.

The average to beat, which will give you access to Kingdom Rush and Knights of Pen & Paper, currently stands at $3.76. As always, there are bound to be more games near the end of the campaign, a good 13 days more to go. One interesting note about this Humble Bundle PC and Android 9 offering is that the PC games are also offered in DRM-free formats, allowing you to easily and legally share them with others.