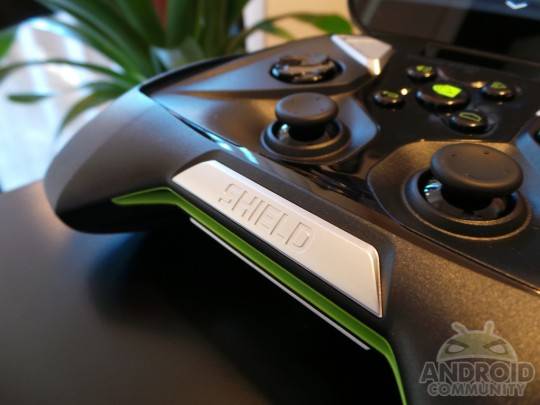 We are introducing a new series of posts this weekend. As you’ll see from the title, these will be of the “what we’re” style. First up is gaming, which only seemed fitting as the Games Developers Conference just came to a close. Having said that, this series of posts will highlight a new category each week, and you’ll be seeing them hit the site on the weekend when news is slow and we have a bit more time for fun and discussion.

There are plenty of options for gaming on Android these days. Not only is there a wide variety of games, but we also have various ways to play them. There is the straight up playing on a smartphone or tablet using the touchscreen display. But then we also have controllers such as MOGA and set-top consoles such as OUYA and the Mad Catz MOJO. We also cannot forget about a favorite of ours — the NVIDIA SHIELD.

So, here’s a confession of sorts: I’m playing the absolute snot out of Clash of Clans. It’s really the first game I’ve been involved it that’s basically got it all. It’s social, competitive on several levels, and has a strong community feel when you join a good clan (‘FearRedemption’ for me!). It’s also the first game I’ve not grown tired of after a month or so, and that’s quite a feat. I usually play something a ton, then discard it in a few weeks. Clash of Clans keeps me coming back — a lot. Trust me, my credit card statements prove it.

I’m also really into Smash Hit, but that’s purely due to a medical condition I have called ‘being a geek’. Physics-based games always intrigue me, because they can be terrible — or really, really good. Smash Hit is one of the better physics engines I’ve experienced, and is actually a lot of fun to boot. Timing plays a huge part, and I like the deeper level of the game which challenges my perception by spinning. I just hope I don’t get vertigo soon.

“Adventure games are dead” is a chant one might usually hear from long-time gamers. But thanks to the rising interest in indie games and the magic of Kickstarter, adventure games are making a comeback. One such game is Broken Sword: Serpent’s Curse, the fifth and latest installment of a series that has captured the hearts and imaginations of gamers time and again. 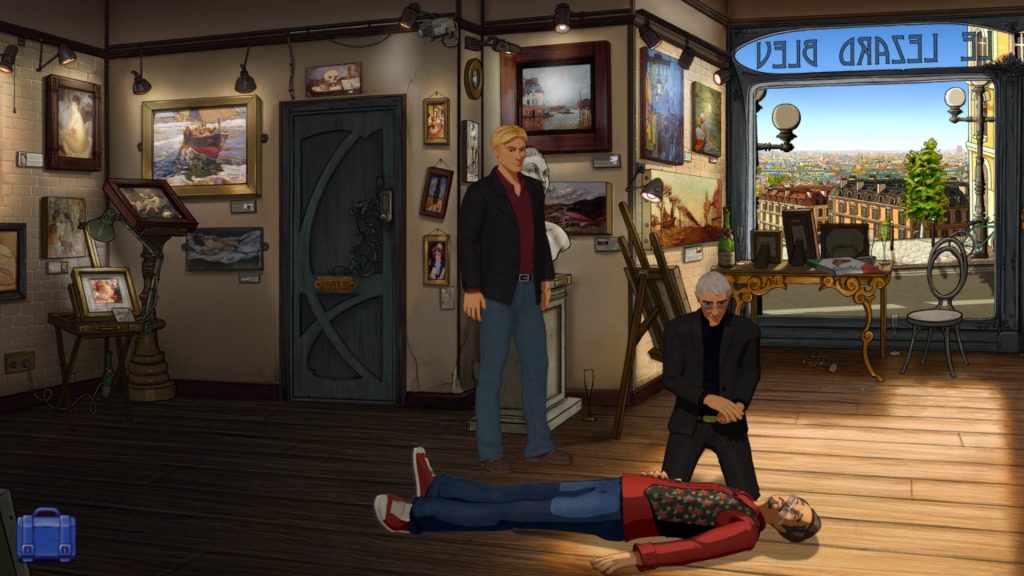 Broken Sword: Serpent’s Curse, or Broken Sword 5, is your typical point-and-click style adventure game. But don’t go looking for pixelized art of ages past as this game employs the modern-day 2D and 3D techniques to deliver a visually stunning masterpiece. Players take control of on and off lovers slash detective team George and Nico as their lives become intertwined once more with the mysteries and controversies of history. 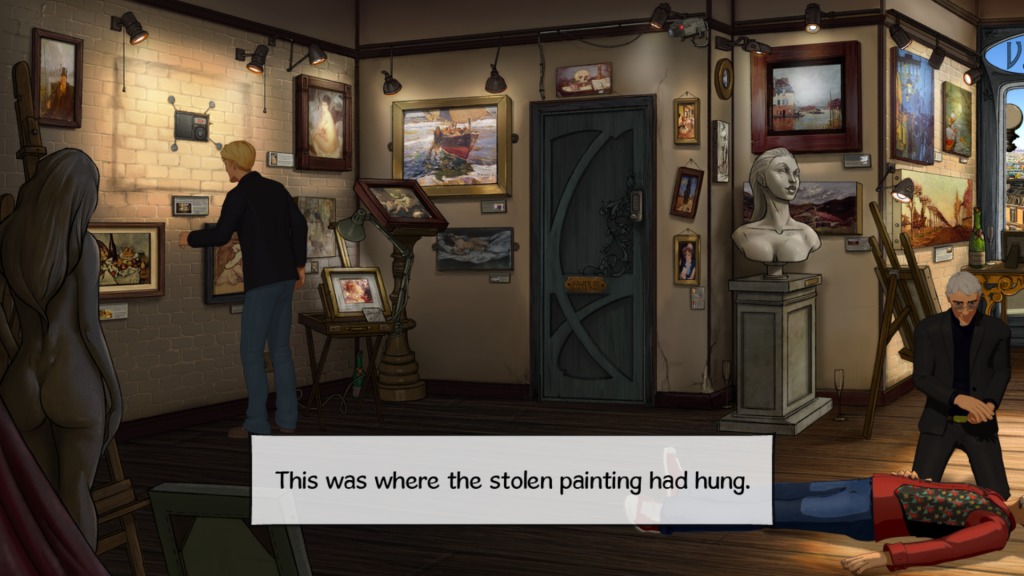 In a a way, adventure games, with their more casual atmosphere that lend themselves to quick bursts of game time, are almost the perfect match for mobile gaming. Though Broken Sword: Serpent’s Curse costs $6.99 right now, with its second half coming in a few months, it might very well be a game worth buying, or at least keeping an eye on when it goes for a sale.

I am far from what anyone would consider a hard-core gamer. In fact, while I regularly spend my game time split between a Moto X and NVIDIA SHIELD — I tend to prefer the simpler puzzle games. I also have a sweet spot for what is now considered retro gaming. For that I look to the SHIELD and the RetroArch app. Of course, along with that is a collection of various ROMs from the NES and N64, two of my non-Android gaming favorites.

Sticking with the SHIELD side of gaming and that is where I tend to play more of the involved games. Some of my current favorites include Asphalt 8: Airborne (which was recently updated) and Dead Trigger 2 (also recently updated). Not played as often, but still installed and active are R-TYPE II, Crazy Taxi and HN 2011 THD, a hockey game. 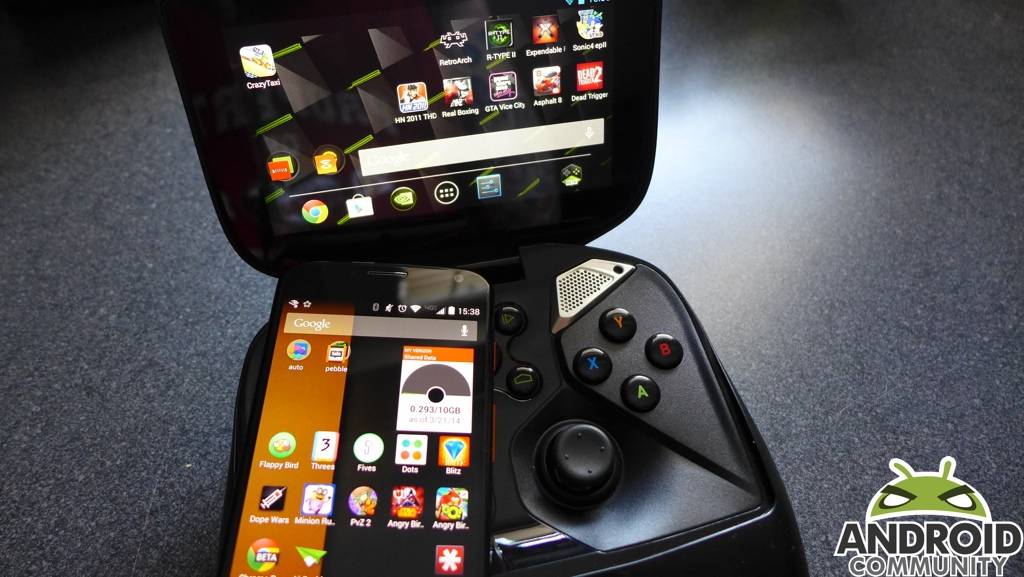 Looking over to the Moto X and this is where things get casual. Yes, if you look closely in that image you will notice Flappy Bird — still installed, though I must admit I am pretty terrible. The smartphone is also my go to for Angry Birds, which at this point has settled in with GO! and Star Wars II. The puzzle games are my favorites though and for that I have Fives, Threes, Dots, and Bejeweled Blitz.

I’ve been playing Bejeweled in one form or another for more time than I care to admit. I am pretty sure I had that installed on a Palm Treo 650 way back when. Another (old, but not really able to be called a classic) is Dope Wars. We cannot encourage drug dealing, but it is strangely compelling to pretend to be one in a text based game. At risk of stating the obvious here, I tend to settle in and keep games around for quite some time.

Anyway, that is what ‘The Android Community Team’ is playing. Feel free to hit the comments below and share a bit about what you are playing. Or if you like, call us names for the silly games we may be playing. Another in the “what we’re” series will follow next weekend, but for now — no hints as to what the topic will be.