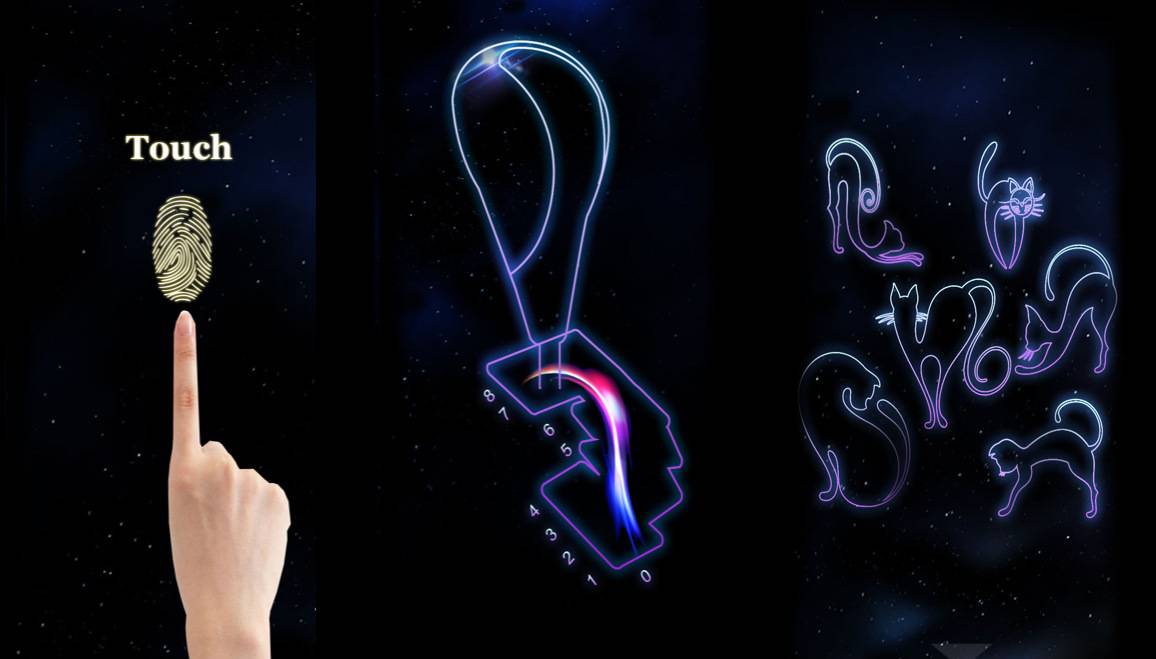 While we’re still wondering whatever happened to numbers 3-6, the official announcement of Huawei’s Ascend Mate7 (the follow-up to the Ascend Mate2) is definitely pushing through on September 4 during the IFA in Berlin. The Chinese OEM has sent out teaser-invites for the event, although we’re once again confused as to why there are neon cats included in it.

The images are actually from a PowerPoint presentation and shows several clues as to what the Ascend Mate7 (or maybe other products that will also be announced) may be like. The photo of a fingerprint being scanned may be a reference to the security biometrics of the Ascend Mate7 and a “mystery smartphone” that was leaked earlier this week, which showed a fingerprint scanner at the back. There are also photos of an eight-speed transmission (probably to refer to the smartphone’s speed), the silhouette of a 7 (obviously), and mysteriously, several neon cats (Is there a special cat game installed? Is the phone going to be shaped like a cat? Is the graphic artist who made the teasers just a big cat person?)

Not much is known about the Ascend Mate7, except for a few leaked details. It will reportedly be a 6-inch smartphone which will run on Kirin 920. The main camera will be at 13 megapixels while the front-facing one will have a relatively high 5MP one. There will reportedly be two variants of the smartphone, with one having a 2k resolution and 3GB RAM while the other one has just a 1080p display and 2GB RAM.

All will be revealed in just a few weeks when Huawei will announce what the cats really mean. And of course, what the Ascend Mate7 and maybe other gadgets will also be officially announced during the event in Berlin on September 4.