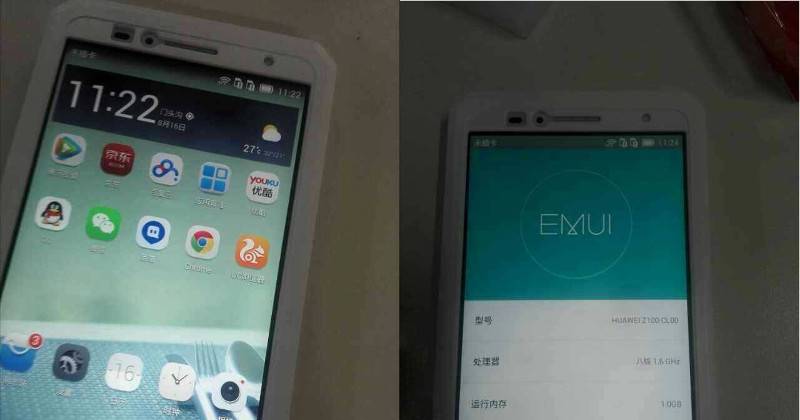 It will be barely two weeks before Huawei finally unveils its next smartphone and still the Ascend Mate7 is still pretty much shrouded in mystery. And to add even more mystery, another new Huawei smartphone is now being leaked, sporting what is noted to be a fingerprint scanner on the back.

OK, it’s not exactly a firm confirmation, but, being a leak, this is as close as it can get. It seems that this smartphone shares the same rumored sensor with the Ascend Mate7. As repeatedly pointed out before, the placement of the supposed fingerprint sensor is on the back, below the camera, which is rumored to be a 13 megapixel shooter. This mimics the exact arrangement that is found on the HTC One Max. Even the placement of the LED flash to the left of the camera sensor is the same. The only difference is that Huawei is using the square-ish design of Samsung’s camera pieces rather than the rounder shape of HTC’s. 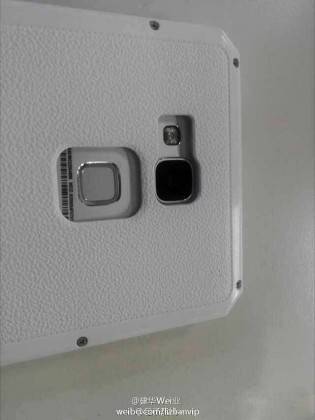 Previous leaked photos of the Ascend Mate7 also hinted that Huawei is going after HTC’s design in more ways than one, with the smartphone bearing a brushed metal look and a triple segment back cover architecture. That, however, can’t be seen here as the device is enclosed in an “anti-leak” casing.

One peculiarity of this latest leak is the specs for the smartphone, which is named as a Huawei Z100-CL00. The device’s stats show that it is running on a 1.6 GHz processor with 1 GB of RAM and 16 GB of internal storage. The screen resolution is noted to be 1280×720 and the size is, of course, not given. There are two possible theories. One is that this is the lower end version of the Ascend Mate7, though the specs are even lower than those rumored for that variant. The second is that this is a completely different device that will just bear some, or at least one, of the key features of the higher end smartphone. Expect to hear more from Huawei when its scheduled September 4 IFA 2014 event rolls around. 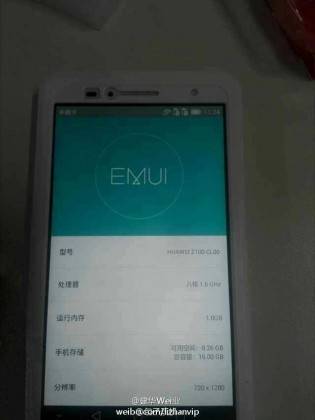