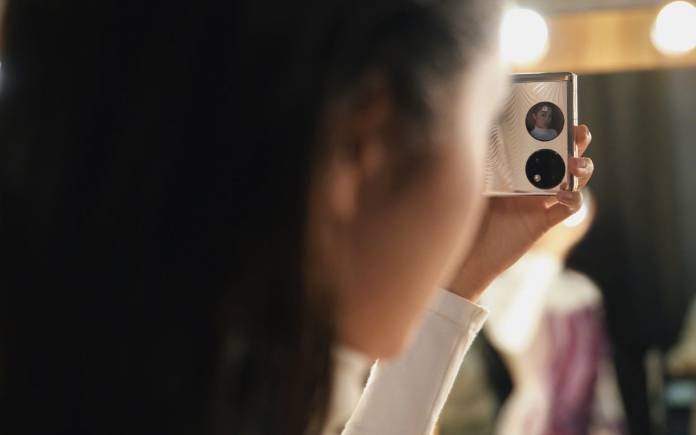 Here is another set of leaked images showing off Huawei’s first-ever foldable clamshell smartphone. The Huawei P50 Pocket is expected to be revealed in the coming days but as with most flagship devices, more images and details are being leaked. The latest images are official promotional photos that depict how technology and fashion collide. The Huawei P50 Pocket is presented as a stylish and fashionable phone that can be used everyday.

This Huawei clamshell phone will be out soon. Production started and now teasers abound. It will launch in China first. Those teasers that surfaced ahead of launch hinted a number of things.

The new images show the new foldable phone in its full glory. It will definitely be a nice-looking smartphone that will rival the Samsung Galaxy Z Flip 3. Not much information on the specs but we can assume it will inherit some of the Huawei P50. 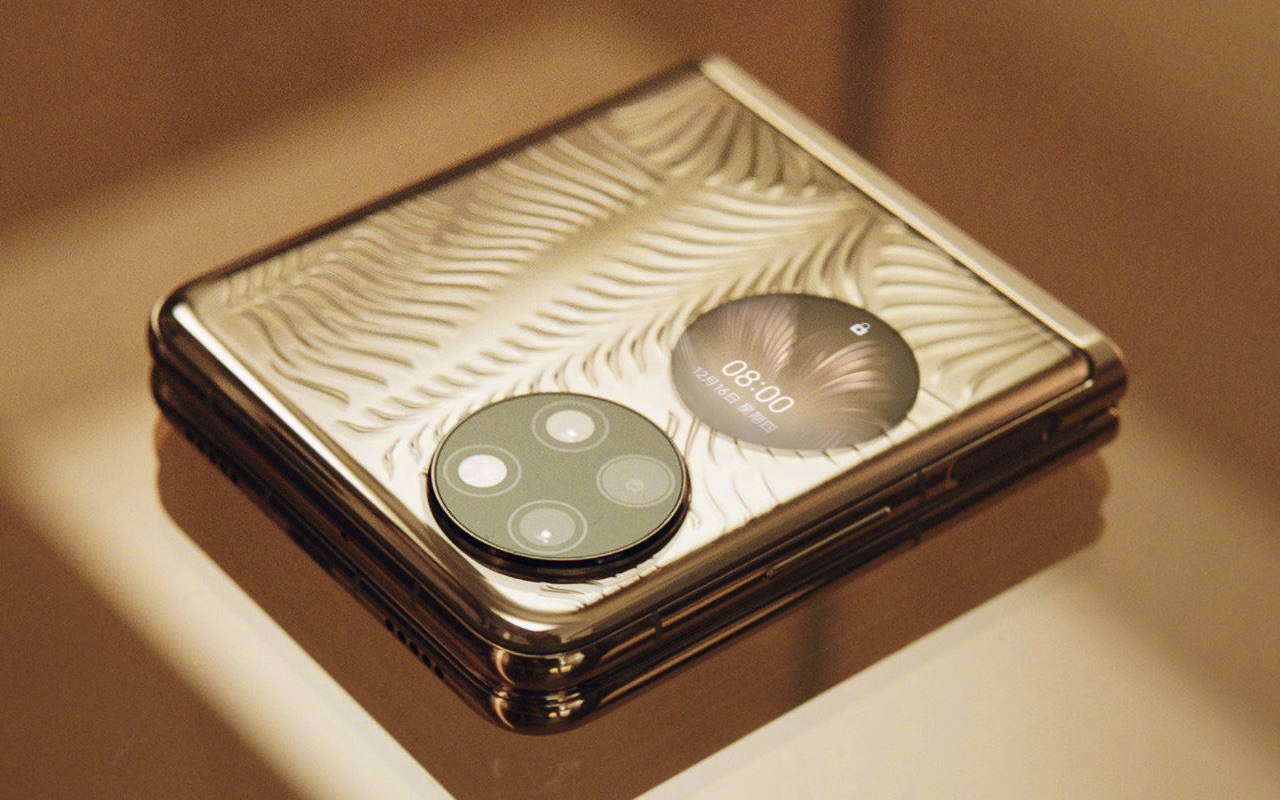 The Huawei clamshell phone will be a premium-level device. We’re probably looking at a Snapdragon 888 processor or maybe even the Snapdragon 8 Gen 1, 8GB RAM, and 128 or 256GB storage. The flexible display may come with at least 90Hz refresh rate.

We’re not expecting really powerful cameras but we like the idea the rear’s design will remind you of the Huawei P50 with the dual round camera design. On the Huawei P50 Pocket, the company decided on a similar design. One circle features the cameras while the other round part is a small screen that shows the time. We can assume that may be helpful for selfie shots.