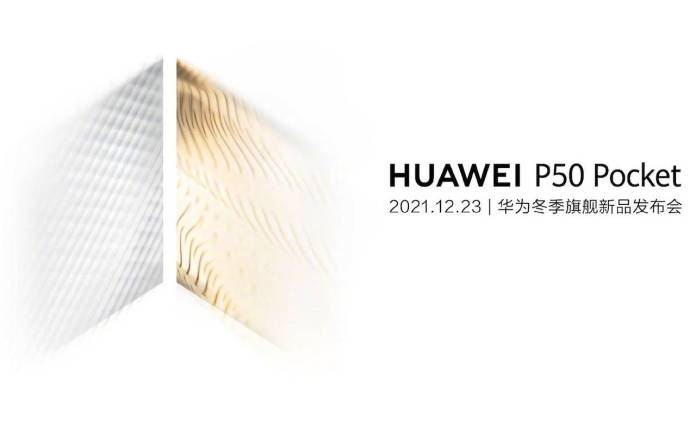 Huawei may no longer be in the top 5 mobile rankings but it still is in the business. We doubt if it will ever regain its place but we know the Chinese OEM’s contributions will still matter. The brand sill has many fans especially in its native country. It has recently introduced the Huawei P50 flagship series. Its Pro variant hit DxOMark and is now on top of the list. Huawei just confirmed another one will be unveiled before year-end. On December 23, Huawei will be announcing another variant of the Huawei P50.

The Huawei P50 Pocket will be the next-gen offering. Not much details have been provided but it will be a foldable smartphone. A teaser was posted and it showed something that looked foldable.

The Huawei P50 Pocket foldable smartphone will launch on December 23 at 3:30PM. The event will be held in China. The phone appears to have a vertical folding design. We’re imagining a Gold and White version of the device.

We’re not sure but it could also be a Huawei Mate X follow-up. It’s also possible it’s the Huawei Mate V phone with a clamshell design. This means it’s a potential Samsung Galaxy Z Flip killer.

A new generation of flip camera phones has started with the Samsung Galaxy Z Flip. The Motorola Razr then followed. As for Huawei, it may introduce the Huawei P50 Pocket with a dual camera system.

Huawei is also believed to introduce other products on the 23rd. The Huawei Watch D could launch with BP monitor and more.