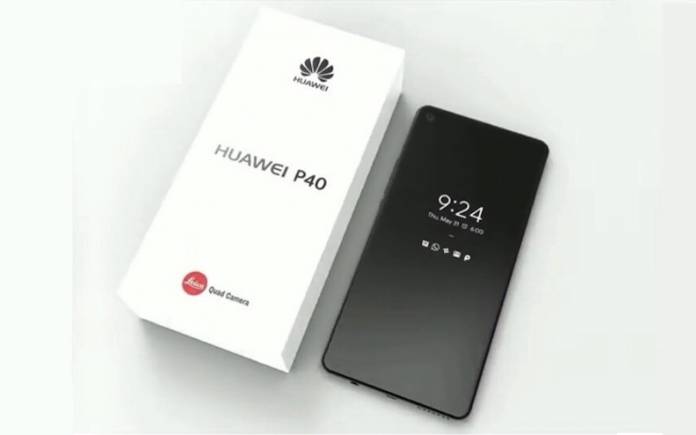 Aside from the Samsung Galaxy S11 and the seemingly powerful Galaxy A mid-range phones arriving next year, there is also the Huawei P40 series. Now this one is more controversial since the US trade ban has changed a lot of things for Huawei and the Android community. Back in May, Google announced that its cutting ties with Huawei and that meant no more Android OS. Licenses were extended and some adjustments were made but it is still clear that Huawei cannot use Android especially for future smartphones.

The last major Huawei phone released was the Huawei Mate 30 series. The Mate 30 runs on EMUI 10 which is actually based on Android 10 but there was no mention about Android at all in the press release or promo material. This means we can’t fully call it an Android phone.

Some information was recently shared on Twitter via leakster Yash Raj Chaudhary (@hereYashRaj). He listed the specs of the Huawei P40 with an accompanying image. The Huawei P40 is said to come with a 6.5-inch 2K OLED screen, waterfall display, 120Hz refresh rate, and a 98% screen to body ratio. When it comes to the imaging department, there is the Leica Penta camera which means there will be five rear cameras. The camera system is said to include a 64MP Sony IMX686 sensor + 20MP ultra-wide + 12MP periscope camera + telephoto lens + Macro camera and maybe ToF.

The Huawei P40 will come equipped with a 5500mA battery applied with graphene materials on the positive and negative electrodes and electrolytes. It reduces the volume to 70% compared to other lithium batteries. The battery will also be supported by 50W flash charging. The graphene battery can be fully charged in only 45 minutes. The smartphone will also run on Kirin 990 5G and include 4K video recording, EMUI 10, dual punch hole, and a selfie camera with ultra-wide.