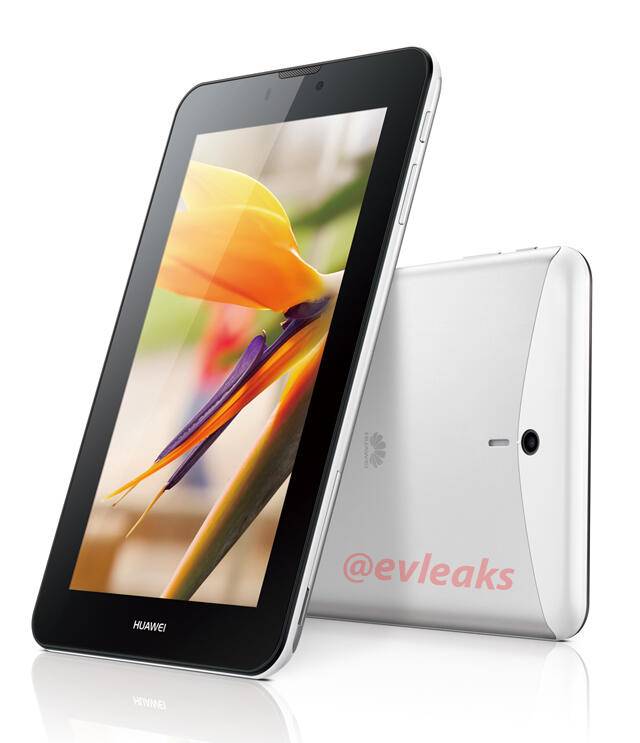 The low-budget Android tablet market will be seeing another addition to the group. Huawei plans on releasing another low-end 7-inch tablet dubbed the Huawei MediaPad 7 Vogue. The device was leaked by none other than EVLeaks. It appears that the device was certified back in February 22nd. It also appears that there may be two variants of the tablet released, although they will stay under the same name.

The specs for the Huawei MediaPad 7 Vogue aren’t terrible, but not exactly high-end either. Both variants of the device will ship with Android 4.1 Jelly Bean. One version of the device will have a 1.2GHz quad-core ARM Cortex A9 processor, and the other will ship with a similar, but faster 1.5GHz quad-core ARM Cortex A9 processor. The devices will have 7-inch displays with a mediocre 1024×600 resolution display. The devices will also have HDMI out, and apparently 3 sub-variants of the devices will be released. There will probably be WiFi-only, 3G, and 3G + WiFi versions of the tablets.

The budget Huawei tablet is said to be designed for entertainment and gaming. Pricing has not been released, but given the specs and the brand, it shouldn’t break the bank. Perhaps it will be priced closely to the HP Slate 7. The HP Slate 7 will sell for only $169 and it features the same 7-inch 1024×600 resolution display, a lesser 1.6GHz dual-core processor, and Android 4.1 Jelly Bean.

With so many low-budget tablets being released, the IDC may be correct when they said that Android tablets will dominate the tablet market share this year. These devices are on the lower-end of the spectrum, but they should work fine for casual users who just need a tablet that they can read books on or watch a few YouTube videos with. These low-budget tablets, even well priced, will most likely see a lot of competition coming from ASUS’s next-gen Nexus 7 tablet.