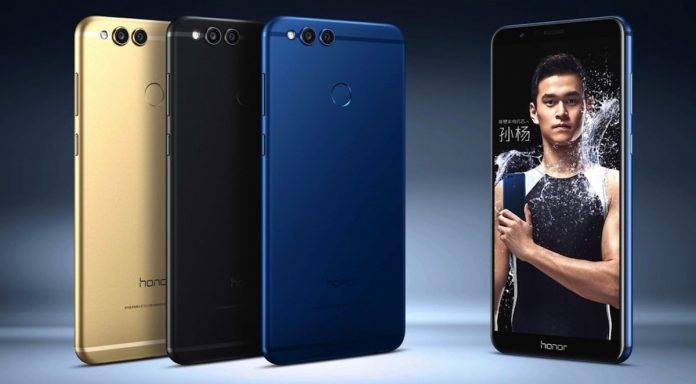 The Honor 6X and Honor 7 quickly received a follow-up last month. The Honor 7X was launched in China after being sighted on Geekbench and reaching TENAA. We’re expecting it to roll out internationally in January 2018 but we’ve just got word it will be ready by next month. In India, the device will be sold as an Amazon exclusive. Take note: it’s Amazon-exclusive and not Prime Exclusive in the country.

The Honor 7X still boasts the same Honor design (read: iPhone lookalike). You can choose from among the black, blue, or gold color version. As for the specs, of course, they are better from the previous model now with a 5.93-inch screen, 18:9 FullView display (almost bezel-less), 2160 x 1080 pixel resolution, 8MP front-facing camera, dual 16MP and 2MP rear cameras for depth data, 2.36GHz octa-core Kirin 659 processor, 4GB RAM, 32GB or 64GB onboard storage, dual-SIM support, and a 3340mAh battery. The fingerprint sensor is found at the rear, and there is no USB-C port, unfortunately.

The phone may get you scratching your head with the absent features but it’s good enough for a new entry-level smartphone. It runs on Android 7.0 Nougat out of the box but topped with the latest EMUI.

Pre-register on Amazon.in for more information when the Honor 7X will begin shipping.