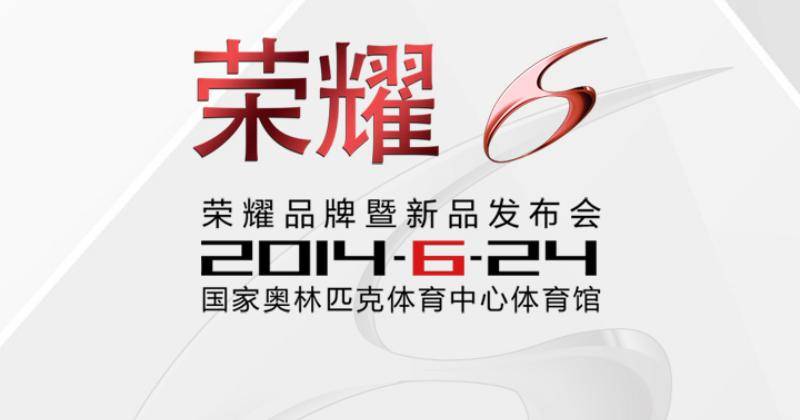 Huawei has something big in store this month, and looks like it is confirming at least one rumor. On June 24 at the Beijing National Stadium, it will be revealing the next iteration of its Honor smartphone, also known as Glory elsewhere, and it seems that it will be skipping a few numbers and will call it the Honor/Glory 6.

It isn’t explicitly stated of course, but the number 6 is clear as day in the invitation that Huawei is sending out. It might be a bit weird that the Chinese manufacturer is jumping from 3, it’s last Honor model, right into 6. Speculation is that it is doing this in order to match up with other flagships that are still coming later this year, particularly from Samsung and Apple. Whether that will work in Huawei’s favor still remains to be seen. After all, other established brands like LG and HTC aren’t scrambling to match up numbers anyway.

But aside from the unusual number jump, the Honor/Glory 6 itself will be quite interesting in terms of spec sheet. You have a HiSense octa-core chip in there, the Kirin 920, which was previously benchmarked to be almost as fast as the Qualcomm Snapdragon 805, but supposedly not as expensive. There is also 3 GB of RAM in there, which puts it slightly above some current flagships. But perhaps a bit disappointing is the fact, or leak, that it will only have a 5-inch 1080p screen, at a time when 2K displays are on the rise.

There are still many things left unanswered about this device, like the final body design for the smartphone. We will definitely know soon enough this month, but the biggest question on consumers’ minds will be if and when the Huawei Honor/Glory 6 will come to the US and if it will carry a price tag to die for.