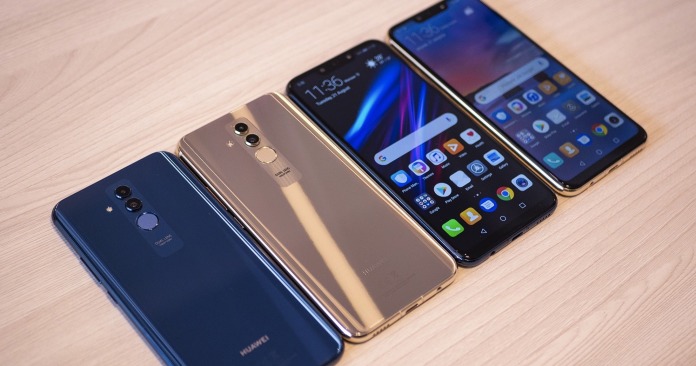 You don’t want to be caught red-handed cheating on benchmarks but in reality, there are many companies trying to manipulate their numbers so as to present a positive image. Believe it or not, we know a number of OEMs who have done so in the past like Huawei, OnePlus, HTC, and Samsung. Not all have been confirmed but we remember the early days when an HTC phone, the HTC One M8, was booted from 3DMark for cheating. Even before that, Samsung was also reported to be cheating with benchmark results back in 2013.

Cheating is nothing new. The Huawei Ascend P7 in 2014 was also kicked out of Futuremark. We may have missed some companies doing it but 2017 was particularly interesting because OnePlus was reported several times to be benchmark cheating first with the OnePlus 3T and another one, the OnePlus 5 cheating to get high scores.

CEO Pete Lau of OnePlus responded to cheating allegations and said they “don’t even know how to overclock“. This time, it’s Huawei’s turn once again as the top Chinese OEM is believed to be “benchmark cheating” according to AnandTech.

Rumor has it Huawei has been tweaking the performance of the smartphone to improve scores on the benchmarks. It usually happens by simply ramping up the clock frequency especially if a popular benchmark is running.

For Huawei, specifically the Honor Play, power draw is said to have increased from 4.39W to 8.57W. It was Anandtech who reported the observations. Results are odd even if the same processor is used.

In this case, Honor Play and Huawei P20 are being tested. The lower performance resulted from the P20 compared to the P10. Lower scores are expected on the Huawei Honor Play but as it turns out, scores are super high. The phone has been found to have a benchmark detection mechanism, causing the phone to perform higher.

When asked about the issue, Huawei didn’t admit to it but only said some Chinese vendors are doing it to stay in the business where it’s very competitive.

Here’s what Huawei has to say further in a statement:

Huawei always prioritizes the user experience rather than pursuing high benchmark scores – especially since there isn’t a direct connection between smartphone benchmarks and user experiences. Huawei smartphones use advanced technologies such as AI to optimize the performance of hardware, including the CPU, GPU and NPU.

When someone launches a photography app or plays a graphically-intensive game, Huawei’s intelligent software creates a smooth and stable user experience by applying the full capabilities of the hardware, while simultaneously managing the device’s temperature and power efficiency. For applications that aren’t as power intensive like browsing the web, it will only allocate the resources necessary to deliver the performance that’s needed.

Huawei – as the industry leader – is willing to work with partners to find the best benchmarking standards that can accurately evaluate the user experience.